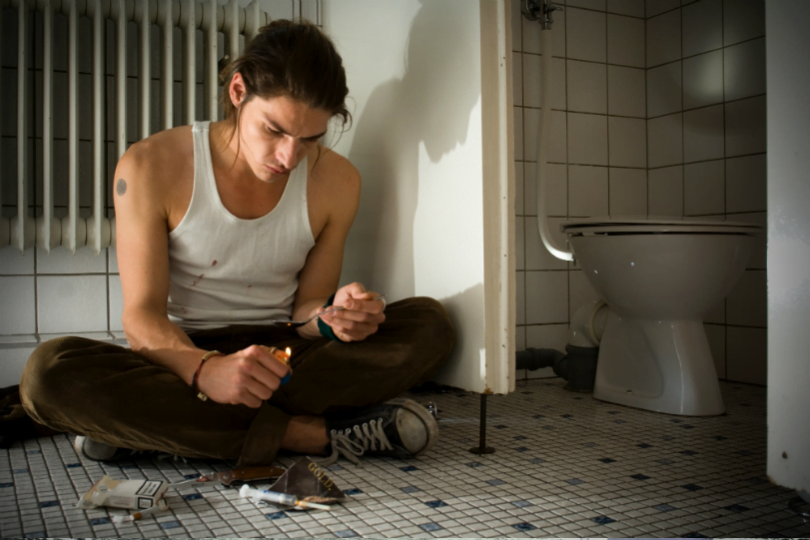 Heroin is a morphine-derived drug. Morphine is a natural substance found in the opium poppy. Opium, meanwhile, has been used for thousands of years, mainly for medicinal pain relief purposes.

Opium has been used medicinally to treat diarrhea, insomnia, and pain. Today, it is still used medicinally, where it is converted into diamorphine, which is stronger than either opium or morphine. Because heroin is made from opium, it is known as an ‘opiate’ drug and is a strong painkiller. It is also sometimes used in the clubbing scene for people who want to relax after having had a heavy night.

Heroin has many effects and risks, with the main ones being the fact that:

The Effects of Heroin

When people use heroin, they feel warm and euphoric, which is what attracts them to return to it. It slows all bodily processes down and stops pain receptors from functioning properly. A single dose can last for several hours. The short term effects of heroin are intensely pleasurable, in which lies one of its greatest dangers.

“Once the chemical interaction has taken place, the affected nerve cells are prompted to release a neurotransmitter called dopamine. Dopamine is a special molecule – and important in mediating feelings of pleasure that are rewarding to the user. It’s these sensations of reward that can kickstart and later reinforce a growing addiction, as the user continually seeks to repeat the behavior.”

The Risks of Heroin

Heroin is an incredibly dangerous drug and it is important that people are aware of this and educated about this so they can avoid turning to it. Some of the dangerous things that can happen with heroin use is an overdose, which usually starts with respiratory failure. An overdose can lead to coma and death. Unfortunately, there continues to be an increase in fatal heroin overdoses.

Those who are regular heroin users will have built up a tolerance to the drug in their system, meaning they require higher doses to reach the same effects. However, after just a few days of not using the substance, this tolerance drops very rapidly. The result is that those who relapse are at much greater risk of having an overdose because they will tend to take too much of the substance.

An overdose is also more likely if heroin is taken together with other substances. Some users are mixing heroin and cocaine, effectively using an upper and downer at the same time, which is incredibly dangerous. This is known as speedballing.

One danger associated with heroin that few people talk about is that people can sometimes drown in their own vomit. Heroin is a strong sedative that affects the gagging and coughing reflexes. This means people can inhale their vomit, stopping them from breathing. This has caused many people to die, in fact.

Finally, there are particular risks associated with injecting heroin. It causes significant damage to the veins and arteries, with veins often collapsing. Many heroin addicts have experienced gangrene, which means some of their tissue, often a toe or limb, die off and have to be amputated. A significant danger is also experienced by sharing needles, not in the least because heroin users often engage in prostitution to finance their habit, thereby increasing their risk of contracting sexually transmitted diseases and infecting those with whom they then share needles.

Heroin is quite an expensive street drug, which is why it is often cut with other products. It is increasingly common for heroin to be cut with fentanyl, a synthetic opioid that is 30 to 50 times more potent than heroin.

“Recently, reports of heroin being cut with fentanyl are alarming health experts across the nation. Fentanyl is a synthetic opioid considered to be 30-50 times more potent than heroin, with the spokesperson for the DEA saying that in its pure form, it can be deadly to the touch.”

Heroin is commonly cut with barbiturates or benzodiazepines, and also with things such as baking soda or baby powder. Whenever people purchase heroin, it can have a purity rate of 1% to 99%, and they won’t know until they have used it. Drug dealers, as they go down the chain, cut and re-cut the substance to increase their profits. As such, some heroin has even been found to contain ground-up gravel, brick dust, and nutmeg.

Heroin is an opioid and all opioids are highly addictive. The psychological addiction of chasing the initial high is very strong, but a physical addiction can also develop quite rapidly. Users first start to develop a tolerance, meaning they require more of the drug to achieve the same effect. After a while, they no longer experience a high at all and only continue to use heroin to feel ‘normal’ and to avoid the withdrawal symptoms. Once they start to experience withdrawal symptoms when they don’t use the substance, they are considered to be addicted to heroin.

Thankfully, effective help is available for the treatment of heroin addiction. This includes both short-term detoxification and long-term maintenance programs. Often, medication, such as buprenorphine or methadone, is offered as a substitute, allowing people to regain control of their lives, and later, they can be weaned off those substitute drugs. Others only take those drugs for a short period of time to help them avoid the withdrawal symptoms. Either way, help is out there. Contact us at (877) 322-2450 so we can help you find what you need.