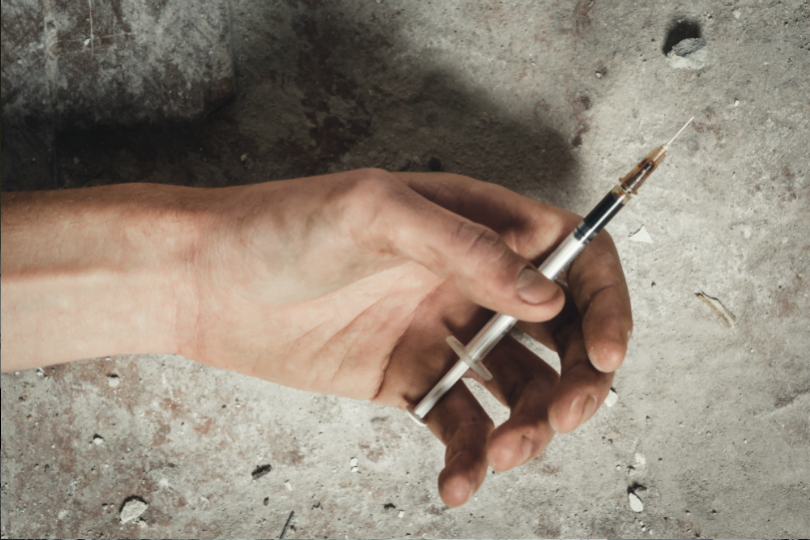 It is no secret that there is a significant problem with heroin addiction in this country, from Alabama to Wyoming. Yet, a lot of people don’t truly understand heroin and why it is so addictive, and what are the potential big problems and risks with this drug. After all, if everybody was aware of just how dangerous the substance is, it will be unlikely that anyone would still become addicted to it. Learning about how addiction forms, who is at risk of addiction, the impact of addiction on the body, and where the drug comes from, is therefore very important.

Heroin is a popular substance of abuse. Like all other illicit drugs, it does certain things to the body and the brain, and these things are what can lead to an addiction. Anyone is at risk of becoming addicted, from the millionaire property tycoon to the child from an impoverished neighborhood. All across the country, people and their communities have noticed the negative impact addiction can have on society. Thankfully, help with addiction is available.

A Brief History of Heroin

Heroin is a type of opiate, which means it is derived from the opium poppy. For thousands of years, the poppy has been used both for medicinal purposes and because of its pleasurable and relaxing effects. Records indicate that, around 3400BC, it was first cultivated in Mesopotamia. As time progressed, opium and opiates (derivatives of the poppy) have been used to cure illnesses and treat pain. Unfortunately, some people have also used them for their euphoric effects, which has led to abuse of the drug.

The first time heroin in its present form was made, was in 1874. At that time morphine, which is derived from the sap of the poppy, was being used. It was believed that heroin would be a less addictive form of morphine and therefore safer, but the opposite turned out to be true. By 1924, some 200,000 people in this country were addicted to it and it was made illegal.

“The unrestricted distribution of heroin led to an astronomical number of users addicted to heroin and a resulting rising crime rate. As legal and mental health concerns began to grow throughout the United States, legal authorities took note.”

Statistics and Facts About Heroin and Heroin Addiction

In 1924, heroin addiction and crime were linked. Since then, people have seen it as a drug of choice for people who were considered to be of ‘lower’ social standing. The reality is very different, however, and heroin has been found to be used by people from all walks of life. Statistics demonstrate this quite clearly, much of which has been reported in the 2015 National Survey on Drug Use and Health.

“This report summarizes methods and other supporting information that are relevant to estimates of substance use and mental health issues from the 2015 National Survey on Drug Use and Health (NSDUH), an annual survey of the civilian, noninstitutionalized population of the United States aged 12 years old or older. NSDUH is the primary source of statistical information on the use of tobacco, alcohol, prescription psychotherapeutic drugs (pain relievers, tranquilizers, stimulants and sedatives), and other substances (e.g., marijuana, cocaine) by the U.S. civilian, noninstitutionalized population aged 12 or older. The survey also includes several series of questions that focus on mental health issues.”

It was found that:

The Risks and Dangers of a Heroin Addiction

There are a variety of risks associated with heroin abuse, some of which are short-term, while others are long-term. The National Institute on Drug Abuse (NIDA) has reported on the short term effects of heroin use.

“With heroin, the rush is usually accompanied by a warm flushing of the skin, dry mouth, and a heavy feeling in the extremities. Nausea, vomiting, and severe itching may also occur. After the initial effects, users usually will be drowsy for several hours; mental function is clouded; heart function slows; and breathing is also severely slowed, sometimes enough to be life-threatening. Slowed breathing can also lead to coma and permanent brain damage.”

People who use heroin find it impossible to focus. They may slip in and out of consciousness and experience palpitations and arrhythmia. Their respiration decreases and blood pressure drops, leading to a dry mouth as well. Furthermore, they often experience depression and anxiety. While these effects are dangerous enough, they get more severe the longer they use the substance.

Every time people use heroin, they are also at risk of suffering a potentially fatal overdose.

Heroin does both permanent and reversible damage to the body. However, the longer people abuse the substance, the more difficult it will be to reverse the damage caused. Often, organ problems with the lungs, kidneys, liver, and heart can be managed and even reversed, but it will be difficult for those organs to return to full function. Additionally, it is often not possible to reverse cognitive damage. However, issues such as flushed skin, red eyes, and depression can be reversed with proper treatment.

Addiction is a chronic disease. Due to its chronic nature, some believe that it is impossible to ever be fully cured of an addiction. This means that, at any point, the cravings may return. Indeed, relapse is so common that it is seen as a normal part of recovery. However, those committed to a long-term recovery and treatment can learn to manage their condition, for help contact us at (877) 322-2450.