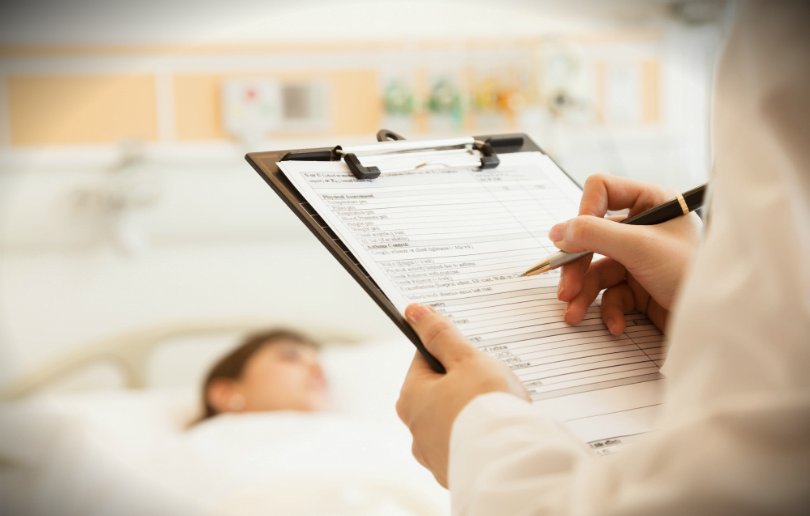 What is Ultra Rapid Detoxification from Opiates

Heroin and other opiate drugs are often considered the most addictive and most difficult to detox from. The symptoms associated with heroin withdrawals, such as muscle aches, anxiety, sweating, trembling, as well as a gastrointestinal upset in the form of abdominal cramping, diarrhea, nausea and vomiting are at peak severity about three days after one’s last use and continue for up to two weeks before subsiding completely.

The American Society of Addiction Medicine defines addiction as a serious psychological disease with mental and physical characteristics saying,

“Addiction is a primary, chronic disease of brain reward, motivation, memory and related circuitry. Dysfunction in these circuits leads to characteristic biological, psychological, social and spiritual manifestations. This is reflected in an individual pathologically pursuing reward and/or relief by substance use and other behaviors.”

An addiction to heroin is characterized by the inability to consistently abstain, impairment in behavioral control, cravings, diminished recognition of significant problems with one’s behaviors and interpersonal relationship and a dysfunctional emotional response.

Like other chronic diseases, addiction often involves cycles of relapse and remission. Without treatment or engagement in recovery activities, addiction is progressive and can result in disability or premature death.

It’s important to note that both traditional and ultra-rapid opiate detox begins the physiological recovery process; however, since addiction is a mental health disease, it is not adequate for addiction recovery alone.

An effective substance abuse treatment program must include a sufficient period of time for treatment in which the patient receives cognitive behavioral therapies and other therapeutic treatments to surmount the overall disruption the addiction created in one’s healthy brain functions.

Patients who opt for ultra-rapid opioid detoxification (UROD) under anesthesia are in a medically induced unconscious state for four to six hours while doctors administer a high-dose opioid receptor antagonist. This stimulates the natural course of the withdrawal process in the body, creating intensified symptoms. 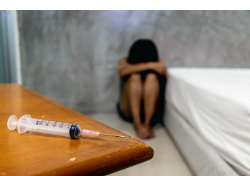 The expected result for the patient is to wake from anesthesia in four to six hours completely recovered from withdrawals. This theory came to light in 1990 when studies done on morphine-addicted rats indicated that this process was not only safe and fast, but it also accomplished complete detoxification in the rodents.

Traditional detox from opiates can be excruciating both mentally and physically, making a fast and more tolerable process desirable. While it would be ideal to go to sleep and wake up a few hours later clean and sober, more studies need to be done to understand its efficacy.

Two members of the Executive Council of the California Society of Addiction Medicine, Lori Karan, MD, FASAM and Judith Martin, MD served as experts on an advisory panel to evaluate the safety and adequacy of ultra-rapid detoxification from opioid dependence and opined,

Although anesthesia may prevent a person undergoing precipitated withdrawal from being conscious of the most intense withdrawal symptoms, the duration of the withdrawal process has not been completely studied.

Patients often have severe symptoms for several days after the procedure. The duration of the withdrawal is not known because patients are often given multiple medications for several weeks that mask their symptoms. Neuroscience does not support instantaneous neuroadaptation when an antagonist suddenly occupies a receptor. 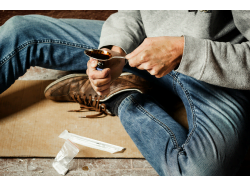 Rather, intracellular pathways and their gene regulation are effects, as well as multiple brain circuits and body systems. Thus there is no reason to believe that a patient’s withdrawal is complete when they wake up from anesthesia.

In addition, a follow-up study done by the National Center for Biotechnology Information on accelerated opiate detox found that 75 percent of patients who underwent the rapid process relapsed.

What are the Risks with Ultra Rapid Opioid Detoxification Under Anesthesia?

Risks associated with anesthesia can be long lasting or even lead to death. About 30 percent of patients who are anesthetized vomit while unconscious, which often causes choking. Other concerns one is exceptionally vulnerable to while under anesthesia include cardiovascular collapse, respiratory depression, hypoxic brain damage, nerve injury, embolism, and more as the body is in a weakened condition due to the addiction and its characteristic behaviors.

Other concerns for complications for drug detox under anesthesia include an accumulation of fluid in the lungs, metabolic complications of diabetes, and worsening of underlying bipolar illness according to Dr. Eric Collins after a NIDA-funded clinical trial. He also cautions

“Those with pre-existing medical conditions – including some psychiatric disorders, elevated blood sugar, insulin-dependent diabetes, prior pneumonia, hepatitis, heart disease, and AIDS – are particularly at risk for anesthesia-related adverse events.”

Dr. Collins also points out that,

“Careful screening is essential to the anesthesia-assisted method because the thought of sleeping through withdrawal is so compelling that some patients may conceal their medical histories.” 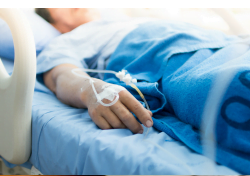 A report done by the Center for Disease Control cites several cases in which significant complications from a rapid detoxification were documented. Some of these complications included fever, sepsis, panic attacks, pulmonary edema, rhabdomyolysis, cardiac arrest, pulmonary edema and cardiomegaly resulting in death, and hypokalemia and cardiac arrhythmia resulting in death.

Relapse after the procedure is especially dangerous as well, as it expands the number of opiate receptors in the brain, making one more vulnerable to overdose.

Is an Ultra Rapid Detox from Opiates Worth it?

While opiate withdrawal symptoms can be excruciating, they are not life-threatening and their severity can frequently be managed through medications. Traditional medically supervised detoxification methods have been scientifically proven to be safe and effective.

Ultra-rapid opiate detox centers commonly over-promise and under-deliver on a procedure that is not supported by evidence and risks complications that could be fatal.

The UROD procedure requires a multi-day hospital stay with at least one day spent in the intensive care unit for the actual procedure; however, insurance policies don’t cover the cost of the procedure nor the hospital stay. This out-of-pocket cost for the patient can rise as high as $20,000 or more.

Every patient must consider the pros and cons of UROD and decide if rapid detoxing is worth the risks and cost. Recovery from a heroin addiction is possible and there are several ways of achieving success. If you’re weighing your options for detoxing, give us a call. We will be happy to go over all of the available options with you so that you can begin taking back control of your life on your terms – (866) 418-1070.