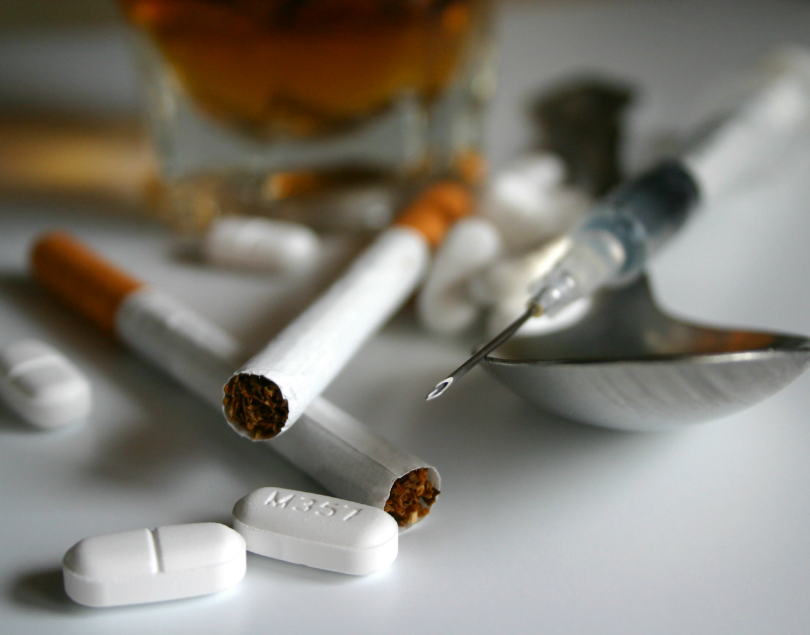 Everything we know about drug addiction is changing.

New studies are constantly being carried out. Their findings are challenging and debunking some long-held beliefs, as well as bringing new concerns to light.

Staying on top of it all can be confusing. We’ve got our fingers on the pulse of this research, and are here to explain it all to you.

In this article, we’ll break down the latest drug addiction research, so you can educate yourself without reading through endless research papers.

Here are some of the newest, most interesting studies and research on drug addiction.

Society has been taught to believe that drug addiction is caused solely by drugs themselves. We’re told that if we take heroin, even just once, that chemical hooks in the drug will cause us to become dependent on it.

However, new drug addiction research shows that this isn’t the case. This was proven by an experiment which was carried out on rats.

During the experiments, solitary rats were put in a cage with a choice of two water sources. One of them was drugged water, while the other was pure. The rats always preferred the drug water and ended up killing themselves by continuing to drink it.

However, when the rats were given the same water sources in a different type of cage, things started to change. The new cage, dubbed ‘rat park’, was filled with food, toys, and other rats to socialize and mate with.

In this case, the rats rejected the drugged water. They didn’t develop addictions, and they didn’t overdose. This is because they lived happier lives in more stimulating surroundings.

This same behavior was shown in humans during the Vietnam war. During that time, addiction among troops was high. However, after returning home, 95% of soldiers who were addicted in Vietnam stopped using drugs without the need for any treatment or rehabilitation.

This shows that addiction is often caused by a lack of happiness, healthy relationships, and bonds with other people. This means that instead of rejecting and isolating those who are addicted to drugs, we should help them to integrate back into society.

2. Stress Can Cause Relapse

A brand new study has proven that those with drug addictions are much more likely to relapse when they experience stressful life events.

The study followed individuals who had a history of being dependent on drugs. Those who had been through stressful situations, such as the death of a family member, a divorce, problems at work, a financial crisis, or an arrest, were much more likely to relapse within the first three years of sobriety.

Due to the strong links between drug use and stress, the study recommends that rehabilitation programs include stress exposure, reactivity and resilience treatment.

A 2017 study published in the Annals of Internal Medicine looked at trends in drug overdoses among some minority communities in the US.

It showed that between 1999 and 2015, the number of deaths caused by drug overdoses increased by around 5% each year. In non-Hispanic white communities, these deaths were mostly caused by opioid and heroin abuse.

However, for the non-Hispanic black population, cocaine was found to be the main contributor.

The study highlighted a need for treatment in order to reduce the number of cocaine-related deaths in this community, which is often overlooked.

More than 3% of the US population suffers from both drug addiction and mental health disorders. Shockingly, over half of those people don’t receive treatment for either of those issues.

This is often due to an inability to afford such treatment, a lack of knowledge of how and where to get it, or a low perceived need for it.

As a result, these people commonly run into further problems as their needs continue to remain unmet. Individuals who don’t receive treatment are more likely to suffer from severe psychological problems and to become involved in the criminal justice system.

This shows that there is a huge need for treatment for those who suffer from mental illness as well as drug addiction.

Drug addiction research by National Institute on Drug Abuse has revealed the role of the brain’s reward system in drug addiction. Brain scans have shown different mechanisms for craving and pleasure, and how different areas of the brain react to drug use.

When drugs are used, dopamine is released in the brain. This is a feel-good hormone and neurotransmitter, which flows through the brain’s reward system. As a result, further cravings and habits are developed, and eventually, an addiction is formed.

To put it simply, drugs are able to ‘rewire’ the brain, causing it to become addicted.

6. Cannabis Use May Contribute to Osteoporosis

Heavy use of marijuana can result in decreased bone density and an increased likelihood of bone fractures.

The University of Edinburgh carried out drug addiction research on marijuana users, focusing on how the drug affected bone health.

The study showed that people who regularly smoke large amounts of the drug are at a greater risk of osteoporosis due to thinning of the bones. The bones of heavy cannabis users were analyzed through scanning and x-rays and found to have 5% less density than those of smokers who didn’t use cannabis.

As a result, bone fractures were more common among the marijuana smokers in the study. These individuals also showed lower body weight and BMI, which may be contributing factors.

If you or someone you know if suffering from drug addiction, you might want to seek professional help.

Sometimes, it comes in the form of inpatient treatment at a residential center. However, this isn’t always the case. You can also receive outpatient treatment, which provides you and your family with more freedom during your therapy.

Each facility provides different types of treatment, counseling, and therapy. That’s why it can be difficult to know which one is the most suitable for you.

That’s where we come in. We can help you choose the right rehab center to get your life back on track.