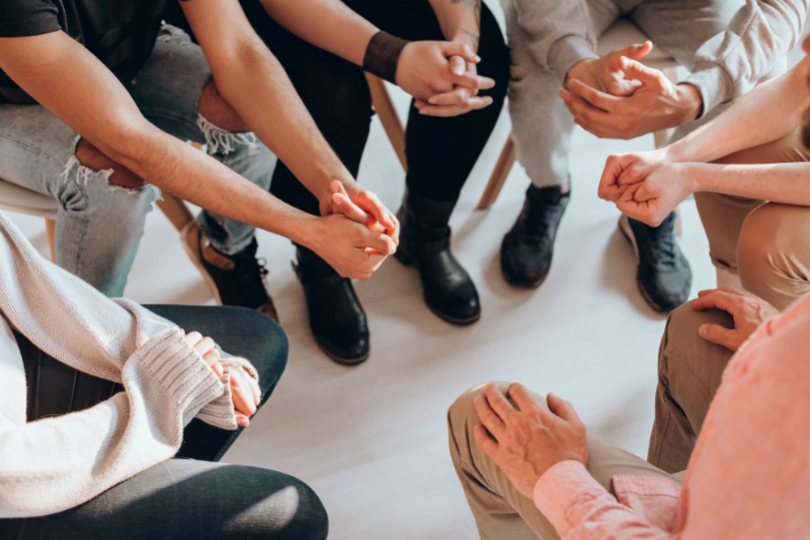 If someone you care about is addicted to drugs or alcohol, you may feel helpless watching your loved one go on the path towards destruction. However, you have an opportunity to change the pattern of abuse by staging an intervention. Interventions have been found to be highly effective.

“Most CSOs decide not to go through with the family confrontation (70% in this study) and that among those who do, most (75%) succeed in getting the drinker into treatment. All approaches were associated with similar improvement in CSO functioning and relationship quality. Overall treatment engagement rates were higher for CSOs who were parents than for spouses. On average, treatment engagement occurred after 4 to 6 sessions.”

However, there is a caveat and that is that the intervention must be staged properly if it is to have a positive effect. The following 10 top tips may be helpful.

1. Get the Right Team Together

During an intervention, people who trust, love, and know the patient have to come together. They shouldn’t be just anybody, but rather only those who have a meaningful relationship with the person. It is vital that nobody is there for anything other than motivating the individual to get help. People such as spouses, parents, children, siblings, and close friends are usually present. It is also possible to enlist the services of a professional interventionist, who has been trained in this type of work. This may be particularly useful if the individual exhibits unpredictable behavior such as those with PTSD.

“Cognitive, arousal, and behavioral domain deficits in anger regulation were observed clinically in PTSD patients with high levels of anger who were participating in a multi-year trial of a structured anger treatment.”

Next, you need to make sure that the intervention takes place when the individuals concerned are receptive. If they are high, for instance, there is no point holding the intervention as they cannot think straight and react calmly at that point in time. Furthermore, if they are under the influence, their fight or flight response might kick in. Many interventions are held when people have hit ‘rock bottom’ and have experienced a major incident. However, you do not have to wait for this before staging an intervention.

Many people want to have an intervention at home, as it is a safe and comfortable environment that lends itself to starting conversations. However, preparing for an intervention takes time and if it is done in the home, it becomes associated with negative emotions. It is often better, therefore, to choose a formal space, not in the least because it is often more difficult to walk away. A community center or church is often a good environment.

When planning the intervention, consider who will speak and when. As soon as the concerned individual agrees to enter treatment, the intervention is over. This means that it is possible that only one person has to speak. Again, this is also why it is important to have the right people there. Often, the two people who can have the greatest impact will speak first and last.

An intervention is a serious business and not something that should be done off the cuff. In fact, if things go wrong, it will be very difficult to stage another intervention, not in the least because addicted individuals will become suspicious of those around them. Rehearsing and considering every eventuality is therefore incredibly important.

6. Make a Script and Stick to It

During rehearsals, you should try to create a script, including the exact words someone wants to say. Indeed, it is a good idea to write down the things that must be said in full, and not just as a bulleted list. Practice this again and again and stick to what you have written down. While you may feel like emphasizing things even more, you have to trust that you have properly prepared and that the words in the script are the right ones.

7. Concentrate on Your Body Language

A lot of our communication is non-verbal. Your body language, therefore, should be warm, open, and protective. Do not cross your legs or arms, make eye contact, do not clench your hands, and tilt towards the individual for emphasis. Practice this so that your body language matches the words you are saying.

8. Do Not Lose Your Temper

There are three key methods of intervention, andeach has its own pros and cons, as recently shown in a study.

“The purpose of this study was to identify the most effective intervention for addressing substance use, as well as secondary outcomes including housing, mental health problems, and victimization among three theoretically distinct but empirically supported interventions: the community reinforcement approach (CRA; Meyers & Smith, 1995), motivational enhancement therapy (MET; Miller & Rollnick, 2012), and case management (CM).”

In the study, it was found that all three intervention methods were successful. It also reinforced the fact, however, that the technique of being highly confrontational and angry at the individual, in an effort to somehow ‘break their spirit’ was not effective. Rather, an intervention should be non-judgmental and non-accusatory. It should be about asking the person to seek help. What can be done is to impose consequences if the individual does not agree to get that help, albeit only if those in the intervention group can stick to following through with those consequences.

9. Have a Backup Plan

For addicted people, it is impossible to predict how they will react. They may become very angry, say very hurtful things, become hysterical, or simply walk away. It is important to consider every scenario and to have a plan in place for each of them. The reality is that anything could happen and that the eventual outcome is not a given.