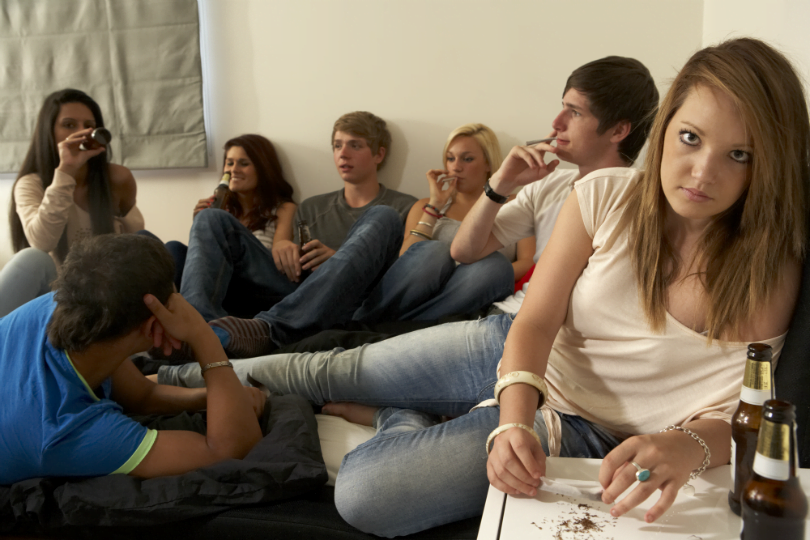 High school is a transformational period in a child’s life where they begin to learn more about the world and explore different things. Unfortunately, many high school students start to experiment with drugs and alcohol.

According to the CDC, alcohol abuse among teens is dangerous claiming the lives of 4,300 teens each year. Binge drinking among teens is a particularly big problem.

In a 2015 survey conducted by the Youth Risk Behavior Surveillance System found that 18% of teenagers binge drink. Although the numbers are still high, they have decreased from the number of teens that binge drank in 1991 (31.3%).

If you suspect that your teen may be an alcoholic, read this article to learn more about teen drinking.

Teen Drinking Has Declined but there’s still Room for Improvement

Although statistics show that a considerable amount of teens drink, percentages are down from their peak in the early 90s. For instance, the 1991 Youth Risk Behavior Survey discovered that 81% of teenagers consumed alcohol at least one time in their life.

America has had an interesting battle with alcohol over the last few decades. In the 1920s, Prohibition laws banned the sale and consumption of alcohol.

The ban led to the creation of speakeasies, illegal underground clubs, and homemade liquor (moonshine). It was illegal for everyone to have alcohol, so regulation was hard, and most drinking occurred in secret.

Then in the 1930s, alcohol was legalized, and the states created a minimum drinking age. It ranged from 18 to 21.

In the 1960s, most states lowered the drinking age to 18 and all hell broke loose. There were more drunk driving accidents and deaths than ever before. Underaged drunk driving became a public health crisis.

The first Youth Risk Behavior Survey was conducted in 1991, just seven years after the Drinking Act. Over time teen alcohol use has decreased, and it’s become harder for teens to get alcohol.

However, numbers have shown little decline between 2011-2015. The study is conducted every two years on 8th-12th graders.

Why Is Teen Drinking So Bad?

Biologically, teenagers’ minds and bodies are still developing. Alcohol can interfere with the development and cause negative side effects.

Fetal Alcohol syndrome occurs when a woman consumes alcoholic beverages during her pregnancy. The baby is born with birth defects and developmental disabilities due to the chemicals in alcohol.

In teenagers, alcohol has a similar effect. During adolescence, children go through major cognitive development.

During these phases, teenagers develop their problem-solving and reasoning skills. These skills are necessary for survival and help teenagers grow into productive and mature adults.

While the brain is developing, it’s natural for teens to make bad decisions without thinking about the consequences.

The brain develops new connections and functions that alcohol consumption can permanently damage. An alcoholic teen is more likely to suffer from mental disorders like depression and suicidal thoughts.

Drinking will also affect an alcoholic teen’s performance in school. They’ll have poor grades, more absences, and will get into fights with other students.

Alcohol abuse can also lead to other destructive behaviors like physical or sexual assault. It also makes teens more susceptible to abuse and assault by others.

How Many Teens Drink and Drive?

In most states, the legal driving age is 16. Many children are allowed to get their permits at 15 and start driving with adult supervision.

After a teen has passed their license test, some states require the teen to limit the number of passengers in the car and adhere to a driving curfew.

An alcoholic teen is more likely to ignore these rules while driving under the influence of alcohol.

The Youth Risk Behavior Survey shows that approximately 8% of teens have admitted to driving drunk. Twenty percent of teens have gotten into the car with a drunk driver.

CDC statistics reveal that nearly 30 people die every day from drunk driving accidents. Sixteen percent of children 14 and under died from an alcohol-related traffic accident.

The legal Blood Alcohol Content level is 0.08% but for teenagers, this level may be too high. Their bodies are undeveloped and any amount of alcohol can raise their BAC levels.

At 0.08% BAC, adult drivers have trouble with muscle coordination, judgment, and self-control.

For alcoholic teens, the effects are worse. Teens already have trouble with judgment and self-control due to their developing brain. With alcohol, the impairment reaches higher levels.

What Can I do About My Alcoholic Teen?

Alcohol addiction can be a lifelong disease. An alcoholic is facing an uphill battle and will have to spend the rest of their lives avoiding alcohol.

This is difficult for adults to do so it will be twice as hard for teenagers. The first thing you must do is take a closer look at your teen’s behavior.

Do they come in the house smelling like alcohol? Do they often have slurred speech? Trouble standing up or keeping their eyes open? Are they getting into a lot of fights at school? Skipping class? Hiding bottles in the dumpster or in their room?

The second step is approaching them about the issue. You have to be careful not to be too aggressive or judgemental because it will cause your teen to lash out.

The best thing to do is talk to a counselor or intervention specialist to help you learn how to approach your child. The next step will be to send your child to a treatment facility. They will need to undergo a detox period to flush all of the alcohol out of their system. They will also need a counselor to help them get to the root of their issues and learn healthier coping mechanisms.

We can help you find a treatment facility for your alcoholic teen. Call us today to find centers and insurance information (877) 322-2450.