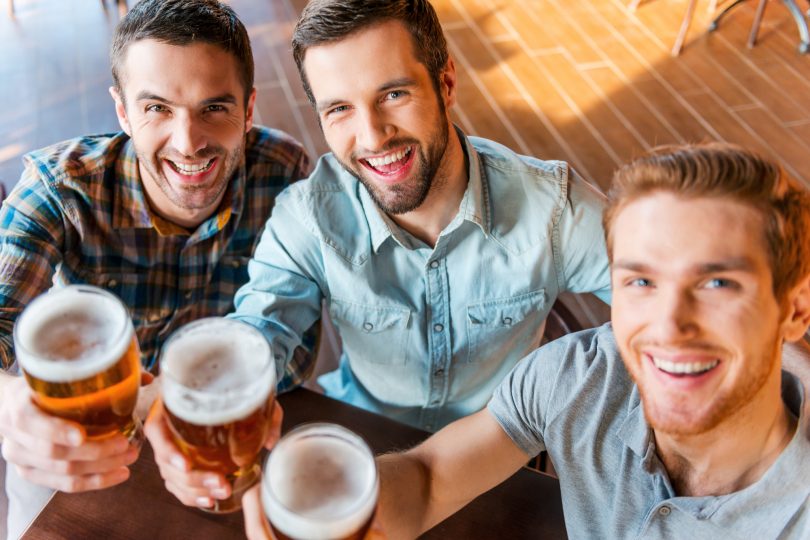 Did you know that 22 million Americans suffer from addiction issues?

While many deal with alcoholism, seven million struggle with illicit drug use or a combination of both. Yet, some substance abusers show few telltale signs, making them functioning addicts.

Functioning addicts don’t suffer from the classic symptoms of addiction: being “strung out,” impoverished, or homeless. But they remain as powerless to their addiction as more obvious sufferers. Read on to learn about the five telltale signs of a functioning addict.

Before delving into the symptoms of a functioning alcoholic, let’s define addiction. Addiction describes a behavior that develops into a compulsion.

This compulsion gains such strength and momentum that an addict can’t properly function without it. Besides illicit drug or alcohol abuse, addictive behaviors can include online shopping, gambling, and more.

But what’s the defining feature of an addiction? It interrupts daily activities. It interferes with an individual’s health, well-being, and relationships. Detecting how an addiction negatively impacts a functional addict takes some digging, but certain “tells” give them away.

Let’s start with one of the hallmark signs of functional addiction, the appearance of normalcy. This symptom comes as a surprise to many, mainly because of Hollywood portrayals of substance abuse. Nonetheless, some addicts successfully avoid looking like addicts.

They maintain good jobs and cultivate a thin, albeit convincing, veneer of “normalcy.” Yet, just beneath the surface swirls disruption linked to their compulsion. In a nutshell, they’re leading a double life.

This double life rests precariously on a web of lies they perpetuate to appear normal. Their need to keep up appearances feeds their addiction, creating a dangerous cycle of abuse and denial. Inevitably, functioning addicts get tripped up in their own deceits and inconsistencies.

Functioning addicts exude a sense that something else is going on. While you might not be able to place your finger on it, you’ll recognize a pattern of deceit at the very core of their character. The sad truth is, they’ve woven an entire life from threads of dishonesty, misrepresentation, and lots of excuses.

Excuses allow an addict to continue their self-destructive behavior undetected. Functioning drug addicts must hide their problems. This means glossing over bizarre or unexplainable behavior with plenty of excuses and lies.

Which types of unusual behaviors will you notice in functioning addicts? Functional drug addicts feel lots of stress.

Chaos swirls around their lives. Substance abuse sits at the center of this stress and chaos. Ironically, though, they turn to the same substances causing their problems for relief.

This exacerbates a dangerous problem. Drugs and alcohol act both as triggers and coping mechanisms.

Functional drug addicts have many rough mornings. They show up to work with headaches and other ailments They look worse-for-wear. Mondays prove terrible for them, often the result of weekend-long drug or alcohol binges.

They act in unpredictable ways, forget conversations, and experience mood swings. They have great difficulty controlling their emotions and may lash out one minute and then appear saccharine-sweet the next. There always have an excuse for their actions.

Functioning drug addicts don’t just persuade the world that they’re fine. They also convince themselves. They remain in a constant state of denial. What’s more, they surround themselves with enablers.

Nobody likes to think the worst of a family member or friend. As a result, functioning addicts have a social network that helps them maintain their false lives. These enablers remain lulled by the addict’s successes and underestimate the severity of the addiction.

The achievements that a functioning addict collects fuel their addiction. They provide justification for their actions, too. When confronted about their problem, high functioning addicts will list off their accomplishments as if these somehow absolve them from substance abuse.

A substance abuse problem gets expensive, as do the weekend-long parties and destructive behaviors associated with addiction. Financial red flags will crop up as the addiction progresses. When a family member or friend with a good paying job begins asking you for money, you may secretly question why they need it.

The high functioning addict leads a double life constructed around two things: 1) feeding their addiction and 2) hiding it. These two compulsions collude to cement their addictive behaviors in place.

Functioning addicts take great pride in their achievements and successes. They use these to justify their destructive behaviors as well as to mask them. Because they haven’t experienced many of the natural consequences of life as an addict, they see little to no reason to change.

They believe that they have everything under control. They use this false belief to distinguish themselves from other addicts. They may even disparage and despise other addicts.

High functioning addicts hide in plain sight. They surround themselves with friends and family who enable their addictive behaviors. These enablers probably don’t suspect the depth of their loved one’s substance abuse problems. After all, everything looks good on the surface.

Addictions to medications prescribed by doctors only complicate the matter. For example, opioids can form powerful, life-threatening addictions quickly even under the supervision of a healthcare professional.

But these drugs are doctor-prescribed. So, it’s easy for the functioning addict to justify their compulsion. After all, their doctor told them to take it.

Dealing with addiction or witnessing a loved one suffer from it is a heartbreaking experience. But there is hope for the functioning addict. It starts by admitting that a problem exists and then taking steps to find a rehab program and let the healing begin.

To learn more about high functioning addicts or other drug-related issues such as spotting a coke addict, explore our blog today. The road to hope can begin today – contact (877) 322-2450 for more assistance.