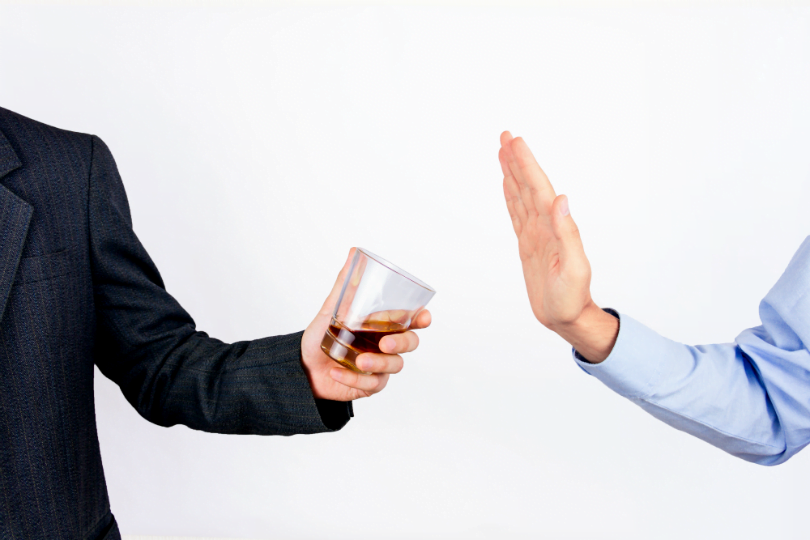 The twelve-step program of Alcoholics Anonymous began in 1935 in the town of Akron, Ohio.

Back then, alcohol recovery patients had few options.

Mostly, they were limited to the local hospital, where they could spend a few days “drying out”, or sobering up, essentially. They would then be released upon their doctor’s orders, often accompanied by a prescription tranquilizer to help calm their nerves without resorting to alcohol.

But, two alcoholics, known as Dr. Bob and Bill W., put their heads together and came up with a program that impacts alcohol recovery to this day.

The program became known as the twelve steps of Alcoholics Anonymous, or A.A. Since its dawning, it has helped hundreds of thousands of alcoholics recover.

Want to know more about the program that spawned a revolution in recovery?

Read on to learn about the twelve steps that started it all!

A New Approach to Alcohol Recovery

When the founders of A.A. first met, Bill W. and Dr. Bob were associates of The Oxford Group, a group of both alcoholics and non-alcoholics that focused on a spiritual approach to daily living.

Bill learned from a physician that alcoholism was a malady of the mind, body, and emotions. Until this point, Dr. Bob had not considered alcoholism to be a disease.

Dr. Bob had been unable to maintain sobriety. However, Bill had luck achieving sobriety by applying the principles of The Oxford Group and by working with another fellow alcoholic.

During this early phase of their friendship, many of the underlying foundations of Alcoholics Anonymous were born.

The men came to realize that, through the application of spiritual principles in their lives, and by working with other alcoholics, they could achieve and maintain sobriety. This was practically a miraculous concept, as both men had spent countless years, money, and time in and out of hospitalization, in their search for lasting sobriety.

Together, they had begun a new approach to alcohol recovery, one that would help thousands more to gain sobriety.

They Came to Believe That Recovery Was Possible

The Oxford Group had impressed upon them that the application of spiritual principles to their lives could help them immensely. However, the group was not solely for alcoholics. And, there was some differing of viewpoints amongst the men and the group as well.

So, using what they had learned the two friends, early in their sobriety, penned twelve steps that they believed were necessary to gain freedom from alcohol. By following these twelve steps, the men believed that alcohol recovery was possible for practically anyone who desired to quit drinking.

The following are the “twelve steps of Alcoholics Anonymous”. These, along with personal stories, anecdotes, instructions, and opinions, formed the basis for “the Big Book” which is used by groups still today.

The Twelve Steps, according to the Big Book of Alcoholics Anonymous, are as follows:

1. We admitted we were powerless over alcohol–that our lives had become unmanageable.

2. Came to believe that a Power greater than ourselves could restore us to sanity.

3. Made a decision to turn our will and our lives over to the care of God as we understood Him.

4. Made a searching and fearless moral inventory of ourselves.

5. Admitted to God, to ourselves, and to another human being the exact nature of our wrongs.

6. Were entirely ready to have God remove all these defects of character.

7. Humbly asked Him to remove our shortcomings.

8. Made a list of all persons we had harmed and became willing to make amends to them all.

9. Made direct amends to such people wherever possible, except when to do so would injure them or others.

10. Continued to take personal inventory and when we were wrong promptly admitted it.

11. Sought through prayer and meditation to improve our conscious contact with God as we understood Him, praying only for knowledge of His will for us and the power to carry that out.

12. Having had a spiritual awakening as the result of these steps, we tried to carry this message to alcoholics and to practice these principles in all our affairs.

Today, there are millions of Alcoholics Anonymous groups. They are scattered all over the world.

In 1992, a study performed found that the group had a 35% success rate of members achieving and maintaining their sobriety for five years or longer. This is an astounding alcohol recovery rate, considering without a reliance on A.A. or another viable recovery treatment program, most alcoholics will not recover.

Many alcohol recovery treatment programs and facilities integrate the twelve steps of A.A. into their programs. Most physicians and treatment professionals believe that it is a positive asset to the alcohol recovery industry. And, most professionals believe that it can be used to help patients in their quest for lasting sobriety.

Many recovered alcoholics in the group maintain that the “program of A.A.” has helped them become “happy, joyous, and free”.

Do You Want to Try the Sober Life?

Do you want to achieve and maintain alcohol recovery, and experience a life that is happy, joyous and free from alcohol?

If you are ready to try a program that works, there are many treatment centers available that can help. They offer a variety of options to fit every budget and lifestyle.

You deserve a life free from addiction.

Don’t wait. Many have lost the battle, but if you are reading this, there is still hope for you. Get the help you deserve and contact us for guidance at (877) 322-2450.