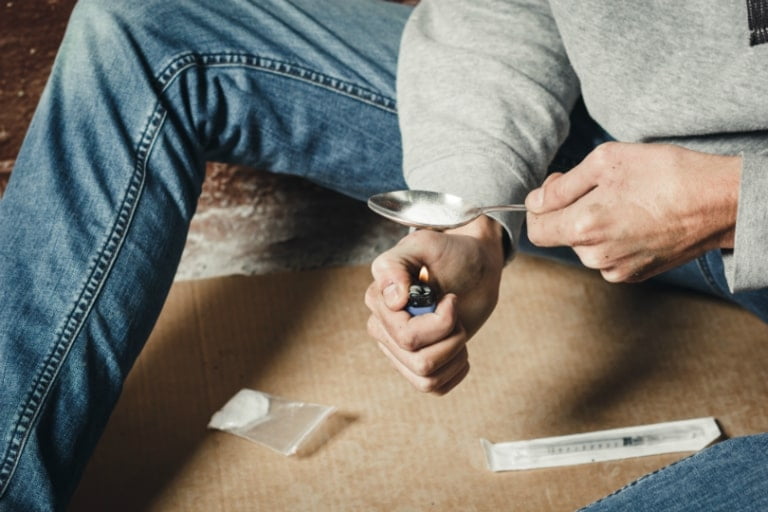 Crack cocaine is believed to be one of the most addictive drugs available on the streets today. Most don’t ever get any treatment for their crack-cocaine addiction. In fact, entire communities in countries all over the world have been affected by it. Once people are addicted to crack cocaine, they will go to any length to obtain more of the substance, which is one of the telltale signs of addiction. Unfortunately, those addicted to crack cocaine are usually very good at keeping it a secret.

“Although the effects of crack cocaine are intense, people who are addicted to the drug may be good at hiding it. People who are using crack usually exhibit overconfidence and hyperactivity.”

Because of the fact that people who are addicted will go to any length to access more drugs, a crack addiction often goes hand in hand with criminal behavior. Thus, the impact of such an addiction on society as a whole is tremendous. Indeed, family units, the criminal justice system, and the health system are all affected by it.

How Crack Cocaine Is Made

Crack cocaine is made from cocaine itself. Because it is treated and mixed with several chemicals, it is far cheaper than regular cocaine. But in this also lies its dangers, because the measurements of the chemicals added are often not exact, and they can also be very harsh and damaging to the human body. Making crack cocaine is surprisingly easy, which further enhances its danger and its reach.

“To make crack, powder cocaine is dissolved in a mixture of water and either ammonia or sodium bicarbonate (baking soda). The mixture is boiled to separate out the solid, and then it’s cooled. The solid is then dried and cut up into small nuggets.”

The process of creating crack is known as ‘freebasing’. It means the hydrochloride is removed by dissolving regular cocaine in water mixed with baking soda, after which it is boiled until only a rock is left. When this rock is heated, it makes a crackling noise, which is where it gets its name from. Because a little bit of cocaine can make a great deal of crack, it is a lot cheaper and addiction a lot more likely. Unfortunately, this has also made it very attractive to those in poor communities.

Crack has both short- and long-term negative effects on the human body. It also affects people’s physical and psychological well-being. It has been known that crack cocaine is addictive after just one hit, which means people will be in its grips straightaway and find it almost impossible to avoid the various ill effects on their health. At this point the addict’s only hope is to go into rehab for a crack cociane addiction.

“Some of the potential dangers associated with using crack include lung damage, respiratory problems, increased blood pressure, tachycardia or racing heartbeat, and the onset of psychotic symptoms.”

Crack is almost always smoked, although it can also be injected. Once the substance is inhaled, the chemicals can rapidly reach the brain. The brain then releases its entire dopamine content. This leads to a euphoric high and intensely pleasurable feelings. The remainder of the crack stops the production of new dopamine, which means users feel very depressed as soon as the effects wear off. To combat this, they turn to more crack, and they find themselves instantly trapped in the cycle of addiction and needing rehab. Unfortunately, crack also as the potential to be lethal as it affects the circulatory system, making blood pressure skyrocket, which increases the chance of a cardiac arrest.

Once people become addicted, they can expect to start suffering from a wealth of physical and psychological problems. After just a few hours of not using the substance, they start to experience quite severe withdrawal symptoms.

“Extreme craving, the anxiety, depression, the restlessness, that peculiar inability to feel pleasure, the shakes, muscle pain, nausea – these are just some many typical crack withdrawal symptoms.”

It is common for people who go through crack cocaine withdrawal to experience paranoia and even hallucinations and full psychosis. This is described as ‘crashing’, making users extremely paranoid and anxious, sometimes even posing a danger to themselves and others. Without professional help, therefore, it is almost impossible for someone to successfully withdraw.

The Process of Crack Cocaine Rehab

Those who are addicted to crack require help as soon as possible. That said, it is never too late to get help. How that help is offered varies depending on where someone goes, which makes it very important to properly research the different options.

“Many options are available for crack addiction rehab, but no one program is right for everyone. For instance, programs may vary tremendously in terms of treatment philosophy. Some programs use a “tough love” confrontational style of treatment to which many people respond well, while others prefer a gentler, more nurturing type of treatment program.”

There is a great crack rehab success rate. For rehab to work it must start with a period of detox, during which time patients will experience the dreaded withdrawal effects. It is for this reason that it is so important that this is done under medical supervision so that patients do not return to the drug. It is expected that those going through detox will experience anxiety, depression, cravings for crack, anger, muscle pain, fatigue, suicidal thoughts, and sleep disturbances.

While this period is painful and difficult, it can be done with the right support. Once the crack cocaine detox process is over, various other forms of therapy can be used. These include individual therapy, group therapy, cognitive behavior therapy, family therapy, and more. This is an opportunity to explore the disease that is an addiction, where it came from, its triggers, and more. Essentially, those under treatment are taught better coping strategies to respond to their triggers and to break through their old negative attitudes.

When choosing a rehab center for crack cocaine addiction, it is very important to look into the type of treatment that is offered and the overall philosophy that they follow. Not just that but it is also vital to look into the aftercare that is offered. Proper aftercare can mean the difference between successful recovery and relapse. At the same time, relapse should be recognized as a normal part of overall recovery and not as a failure of the treatment as a whole.