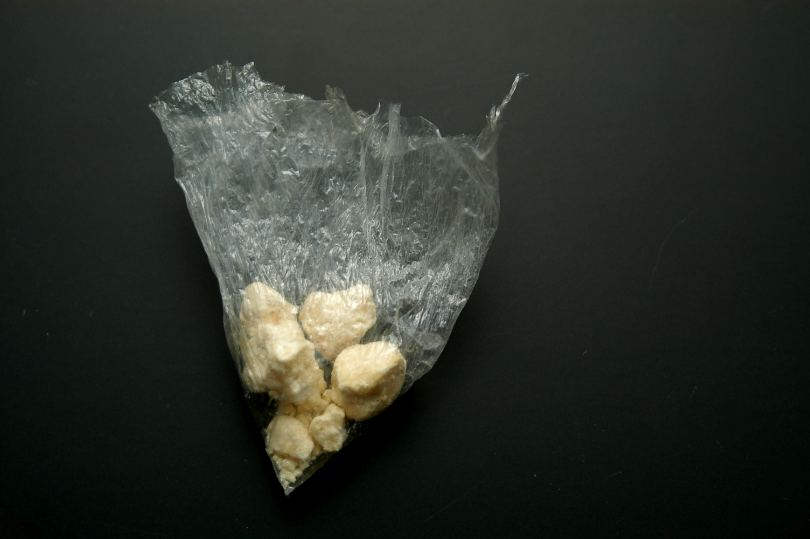 A lot of people who go to rehab do so because they are addicted to cocaine or crack cocaine. Crack is something that is posing a particular concern, and it is also a drug that many people have heard of, often shown in television programs and movies. However, a lot of people don’t know how cocaine and crack cocaine are different.

“Crack and cocaine are both drugs created from the coca plant but have a different level of refinement. Crack cocaine (often nicknamed crack after the sound made during its manufacture) is a lower-purity form of free-base cocaine and contains sodium bicarbonate as an impurity.”

While both forms are addictive, it is a lot easier to become dependent on crack. It is a particularly dangerous substance as well. The consequences of using crack are also a lot more severe in terms of overall health and well-being.

What Is Crack Cocaine?

Crack cocaine is basically cocaine but cut with a variety of chemicals. Following the public shaming of Mayor Rob Ford, who was allegedly addicted to crack cocaine, the Canadian Broadcasting Corporation has created a documentary series on crack cocaine in an effort to raise awareness of its dangers.

“To make crack, the white crystalline cocaine powder – cocaine hydrochloride – is dissolved and boiled in a mixture of water and ammonia or baking soda.”

Once the mixture cools down, it takes on the shape of a rock. It is most common for people to smoke this, although some also choose to inject it. When it is heated, the drug makes a cracking sound, which is where it got its name. Once inhaled or injected, users experience a very strong, but very short high, lasting usually from five to 10 minutes.

Why Is Crack Cocaine so Dangerous?

The effects of crack on the body are significant and there are both short- and long-term effects.

“Regardless of how much of the drug is used or how frequently, crack cocaine increases the risk that the user will experience a heart attack, stroke, seizure or respiratory (breathing) failure, any of which can result in sudden death.”

Common effects of using this drug include thickening of the blood vessels, seizures, and high blood pressure. Additionally, it is quite common for people to use both crack and alcohol at the same time. This combination greatly increases the chance of sudden death. Those who use crack for long periods of time, possibly developing an addiction, are more likely to experience erratic behavior, breathing problems, birth defects, impotence, eating and sleeping problems, and psychosis.

Drugs are addictive by nature. Which particular drug has the greatest chance of being addictive is hard to determine. Meanwhile, crack cocaine ranks high on that list. Indeed, it is believed that crack is so addictive that it is almost impossible to use crack cocaine in a recreational manner, the legalities of that aside.

“It is very unlikely that someone can use crack cocaine in a casual or recreational way for any significant duration, due to its powerfully addictive nature.”

It is also believed that smoking crack further increases its addictive nature. Because the euphoric high is so short-lived, those who smoke it are more at risk of smoking bigger and bigger amounts of crack, just to be able to relive that high. Unfortunately, doing so could render someone addicted to the substance within just a few hours or in just a day.

The Drug Policy Alliance (DPA) is particularly concerned about the fact that it is easier and cheaper than ever to access cocaine anywhere in the country.

“Since the 1980s, cocaine has become more plentiful and cheaper. Although cocaine HCL and crack remain widely available throughout most of the United States, the cost and purity of both drugs vary.”

That being said, the DPA has also noted that the “crack baby epidemic” is actually a myth and that there has been a significant reduction in the number of young people who try either crack or cocaine, compared to the levels seen during the 1980s. However, this does not take away from the fact that much still needs to be done to protect people from this dangerous substance.

The DPA wants to stress that cocaine in all forms has become more plentiful and less expensive since the 1980s and is widely available throughout the U.S., which is why this is such a widespread issue. Thankfully, it seems that although cocaine is easy for many teenagers to obtain, less of them are trying it now compared to the 1980s. According to the DPA, surveys have shown that 8 percent of high school seniors said they had tried cocaine at least once, compared to 17 percent in 1985.

Thankfully, drug addiction is now recognized as a chronic disease. This means that the medical community is starting to take responsibility for providing treatment for people who have developed this disease. Crack is a highly addictive substance and it is often difficult to break the habit. This is why it is important that proper addiction treatment is offered, which is something that was highlighted by the National Institute on Drug Abuse (NIDA).

Additionally, a so-called “cocaine vaccine” has been developed and research continues to improve on it. This vaccine encourages the creation of antibodies that fight the effects of cocaine in particular. This means that patients would be able to reduce the amount of cocaine that they use. The vaccine does need to be improved, however, since it has only been successful in around 38% of people who have tried it, and its effects only lasted for two months. That said, it is better than nothing.

Anyone who is in the grips of crack cocaine addiction, or who has a loved one who uses, should seek help as soon as possible. Treatment is available and many people have been able to get on the road to recovery. It does not have to be a lifelong sentence, reach out for help at (877) 322-2450.