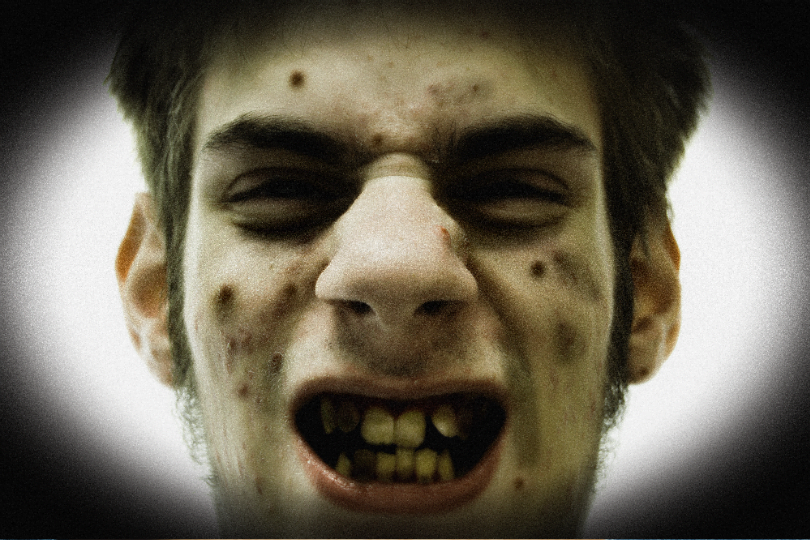 Crystal meth, commonly referred to as “meth”, “ice”, “crank”, or “crystal”, is methamphetamine in a crystalline form. It is a completely synthetic drug, meaning it is man-made, and it is incredibly addictive. It can be swallowed, injected, or snorted. When someone first starts to use meth, the effects are incredibly pleasurable, albeit short-lived, which is what increases its addictive potential.

“A rush is the initial response the abuser feels when smoking or injecting methamphetamine. During the rush, the abuser’s heartbeat races and metabolism, blood pressure and pulse soar. Unlike the rush associated with crack cocaine, which lasts for approximately two to five minutes, the methamphetamine rush can continue for up to thirty minutes.”

After the initial rush, the effects of meth continue and the entire trip can last as long as 12 hours. The drug suppresses the appetite, which is another reason why women, in particular, are believed to be attracted to it, as a way to lose weight.

“At one point in my 20s, I thought it would be a good idea to get just a little crystal meth in order to lose 10 pounds. It just made sense.”

One of the main reasons why the drug is so addictive, however, is because tolerance develops very quickly. This means users must continuously increase their dosage and take the drug more frequently in order to achieve a similar high. At this point, the drug becomes both psychologically and physically addictive.

One of the greatest dangers is that crystal meth is created in clandestine labs, where dealers use a mixture of chemicals to create the drug, meaning that nobody truly ever knows what is in their substance.

“Meth is commonly manufactured in illegal, hidden laboratories, mixing various forms of amphetamine (another stimulant drug) or derivatives with other chemicals to boost its potency. Common pills for cold remedies are often used as the basis for the production of the drug.”

The impurities and the various harsh chemicals used to “cook” the drug make it even more dangerous than what it already is.

How to Recognize a Meth Addict

When someone uses crystal meth, their pupils will start to dilate. They may also heat up and start to sweat with an increased heart rate. They often appear frustrated, nervous, and agitated. Because it is such a strong stimulant, it is not uncommon for users to go days without sleep. They become undernourished and look gaunt and drawn. Looking like this would always be cause for concern, even if someone isn’t using drugs. However, if other meth abuse symptoms are also present, it must be taken seriously and you should seek help.

The longer the addiction is allowed to continue, the impact on the body becomes worse. Meth has both short-term and long-term consequences, taking an extreme toll on the body.

As people continue to use the drug, they may experience:

Almost every individual in this country is touched in some way by addiction, whether it is themselves who are addicted or their loved one, or the impact is on their community. Meth is a particularly dangerous substance that ravages people’s mental and physical health, destroys relationships, and ruins finances. The impact on the physical body, known as the “meth face”, is particularly significant. Indeed, the impact is so bad that before and after pictures are used across the country in prevention campaigns, and the Multnomah County Sheriff’s Office in Oregon has even started a Faces of Meth campaign, spearheaded by Deputy King.

“What Deputy King set out to do was create a realistic presentation about methamphetamine. He didn’t want to create something that made people curious about a drug nor that was a scared straight program. The idea was simple, be honest with kids, let them hear directly from the inmates, and show them what people who work on the front lines – whether it be a Corrections Deputy in the Jail, a Police Officer on the streets or a Public Health Nurse in a clinic see methamphetamine doing to people and to our communities.”

Using crystal meth has a significant impact on the skin. Users of this drug develop serious acne and they often start to obsessively pick at their skin as a result of formication, a sensation that insects are crawling underneath the skin.

“Meth causes many users to feel a crawling sensation under their skin (called “formication”), causing them to pick obsessively at their faces. Heavy meth usage cuts off the supply of blood to all parts of the body, which destroys blood vessels. The result is acne, sores and scabs that can dramatically alter a meth user’s appearance.”

As stated, meth suppresses the appetite, which most stimulants do. Unfortunately, this means that many users become undernourished, going for lengthy periods of time without eating. The result is that the body starts to consume its own fat and muscle tissue. Eventually, it starts to eat the fat on the face, which leads to meth users looking hollowed-out and gaunt.

Perhaps most telling of a meth addiction is the so-called “meth mouth”, which is caused by a number of different issues. One is that the chemicals in the drug dissolve the enamel of the teeth. Furthermore, it affects the blood vessels so that the gums no longer receive the appropriate blood supply. The result is that teeth start to decay. Furthermore, meth slows down saliva production, thereby allowing various acids to cause damage to the teeth and gums. Additionally, while meth suppresses the appetite, most people do experience cravings for sugar. Finally, when people are high on crystal meth, they often grind their teeth and neglect their oral hygiene, all of which contributes to the meth mouth.

Using meth also makes people appear old before their time. This is due to poor hygiene, loss of muscle and fat tissue, skin problems, and oral decay. Sometimes, people are shocked at just how old crystal meth users appear once they are addicted. Unfortunately, much of the damage is permanent, but not always. To stop meth addiction and its effects reach out at (877) 322-2450, we can help.