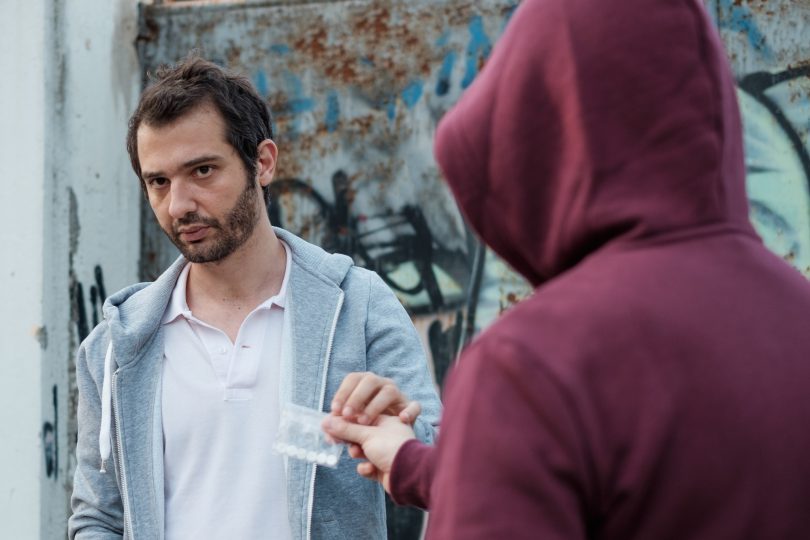 It’s fair to say that television shows like Breaking Bad have certainly put meth into the public consciousness. Because of this, more and more people are probably curious as to what it is and what it does to you.

Even if you’ve never considered actually doing it, you’ve probably pondered the question: what does meth feel like?

Hopefully, you will never find out. But if you’re ever tempted to give it a go, I’m hoping the following will give you some pause for thought.

After all, we know that doing drugs can feel pleasurable to many people.

With that in mind, I don’t want to be a scaremonger. What I want to do is give a non-judgemental account of what meth is like.

If I’ve done my job properly, hopefully, you’ll be a little wiser and more wary of its effects.

Meth is short for methamphetamine. As the name suggests, it’s a member of the amphetamine group of narcotics.

An amphetamine is a stimulant that affects the nervous system. One of the symptoms is an increase in energy and a decrease in appetite.

According to a 2012 study, there were around 1.2 million meth users in the U.S. alone. The average age of a user is just under 20-years-old.

It’s classed as a ‘schedule II substance‘ by the DEA, which are substances that have pharmaceutical applications, but can be abused.

Meth use is either by injection, smoking, snorting or being oral injesting.

Other names for meth include ice, crystal meth, and glass.

Some people think of meth and cocaine as being very similar. as being similar to cocaine. While there are similarities, cocaine is fully metabolized and eventually leaves the body, while meth stays in the system for much longer.

As with any drug, no two users may experience the exact same effects. However, there are some outcomes which are generally considered universal.

Physiological effects can be described as intense. Users will usually have a lot more energy and describe strong feelings of love and confidence.

This is more than likely the reason why people take meth in the first place. The feeling of immense love is similar in ecstasy. However, while ecstasy makes one love others, meth usually involves love for the self.

This can make people feel on top of the world.

The flip side to this is some users gain no emotional response from taking it.

They become “muted” or “blunted” from their own emotions. This could explain why some people take methamphetamine during difficult times where they don’t want to feel much.

Some users may even feel aggression.

This could be due to newfound confidence. This can cause problems as users may feel powerful; perhaps even a little delusional.

As a result, some may experience a loss of sense or will retreat from social interaction. They may also become distant.

Physically, effects can include a change in the heartbeat, twitching (known as meth tweaking), hot and cold sweats, and in some circumstances, nausea and even vomiting. Not to mention the aforementioned appetite suppression.

While these physical symptoms can be unpleasant, over time a user can begin to associate these feelings with the pleasure of taking meth.

Coming Down From Meth

As with any drug, there are inevitably going to be downsides. This is known as the ‘come down’ and is usually a dreaded end goal to taking meth (and other narcotics).

Aftereffects can include anxiety and panic attacks, feelings of depression (as well as a lack of motivation), inability to sleep, low energy and can result in an increase of cravings for meth.

Some people also note pounding headaches, a feeling of ‘dying’, dehydration and sometimes numbness. These can occur every few hours unless a person takes another dose to alleviate the effects.

There are ways to combat this, such as re-hydrating yourself, making sure you eat (even though you won’t be feeling hungry) and trying to get some sleep (again, even if you don’t feel like it). While these sound obvious, during a come down from a meth high, it can be easy to forget that there countermeasures.

As the drug stays in your system for quite a while, some of the negative aspects that are felt can linger. An increased or irregular heartbeat, decreased appetite, and even hyperthermia can be short term effects.

Long-term effects can be a lot more serious.

The most notable one being an addiction. As with things like alcohol, meth users may find that the more they use, the more difficult it is to quit in the long run.

It’s important that you’re given as much information as possible so you can make a decision yourself.

Obviously, I don’t want you to go out and take methamphetamines. But I want you to be armed with this knowledge in the hopes that it may put some of you off.

It’s no secret that people do drugs because they make them feel good. But those feelings may soon move over for a craving that their body can’t do without.

When it gets to this stage, it becomes an addiction and help is needed.

While the long-term effects of meth can produce serious health risks, they can also be socially damaging, both for the user and for those around them. But the short term effects can be just as detrimental.

Because it can also affect sexual health, it can result in ruined relationships as meth can lead to sexual dysfunction and loss of libido.

So, the final question to ask is: what does meth feel like?

I’d like to leave you with this quote from a user over on Quora: “It’s like having a roiling, coiling thing inside you that hates you and wants to hurt you.”

If you or someone you know is struggling with a meth (or other drug) addiction, click here to find state-funded facilities in your area. In the case, you need help finding treatment or resources contact us at (877) 322-2450.