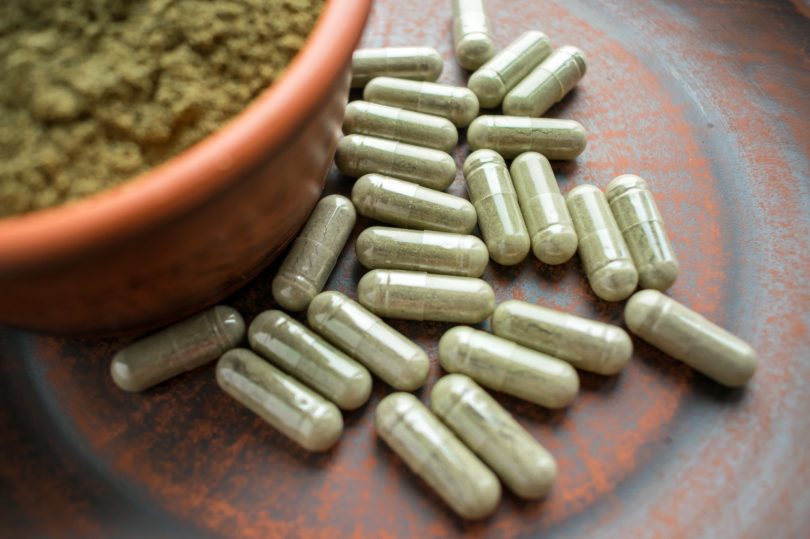 Every day in America, there are more than 115 deaths caused by opioid overdose.

Opioids are a class of drugs that include heroin, as well as prescription pain medications like fentanyl, oxycodone, and morphine.

The opioid crisis can be traced back to the 1990’s, when doctors began prescribing massive amounts of painkillers, after being reassured by pharmaceutical companies that they were non-addictive.

Unfortunately, this was not the case, and in 2017 the Department of Health and Human Services declared opioid abuse a public health emergency.

Many people are turning to holistic and natural alternatives to try and combat prescription drug addiction. One such “herbal supplement” that has been causing a great deal of controversy is a drug called kratom.

Is this a safe alternative to prescription pain medication, or is it just as easy to form a kratom addiction?

Read on to find out the answer.

What Exactly is Kratom?

Kratom is a psychoactive plant whose scientific name is Mitragyna speciosa. This tropical evergreen tree is a member of the coffee family and is found in Indonesia, Thailand, and other countries in Southeast Asia.

Used for centuries as a traditional medicine, kratom is known for its analgesic, or pain relieving properties. It is also used for increasing appetite, energy levels, and sex drive, among other things.

Despite its traditional and even cultural uses, some of the same countries where it originates from have banned its cultivation.

It is currently legal to possess in the US, though the DEA tried to classify it as a Schedule I drug in 2016.

In the countries where it is grown, the fresh leaves are often chewed like coca, but in the US people use dried leaves to make tea or ingest kratom in the form of powder or capsules.

How Does Kratom Affect You?

7-hydroxymitragynine and mitragynine are the two main psychoactive compounds in kratom, but there are more than 40 total compounds found in the plant.

Because of this complexity of chemical makeup, kratom affects different people in different ways.

Some positive effects that people report include:

But we also have to take the negative effects of kratom into consideration, which include:

Some users report that using kratom made them so relaxed and euphoric, that they did not feel the need to take care of themselves or keep up with daily life tasks. They also reported feeling intense irritability whenever the drug wore off, leading them to use higher and higher dosages.

There has been a lot of debate as to whether kratom is actually classified as an opiate. Many proponents of the drug argue that it is perfectly natural and safe and that the government should mind their own business.

Some users even claim that it has helped them recover from opioid addictions.

Susan Ash is one of these people, and she started the American Kratom Association to try and fight the steps that the government is taking to ban the substance.

Meanwhile, scientists at the FDA looked at 25 of the compounds in kratom, to see if they would bind with opioid receptors in the brain the way that opiates do.

They found that 22 out of 25 of the compounds did.

This indicates that there is a high potential for people to become addicted to kratom.

One big problem with kratom use in the US is that there simply has not been enough research done to understand its effect on the nervous system. Because most people are buying it online, there is no way to regulate it to make sure people stay safe.

In fact, there are even kratom bars popping up in states like New York and Colorado, where people can purchase teas or drinks made from the plant.

Dariya Pankova started visiting kratom bars in Florida, where she was in treatment for heroin addiction. She found that kratom eased her cravings for the drug unlike anything else she had tried.

It seemed like a miracle, until she needed to visit the bar two or three times a day, and started spending so much money on kratom that she could no longer afford it.

She ended up relapsing because heroin was cheaper than her kratom habit.

The Withdrawal Process is a Nightmare

What makes kratom such a dangerous drug for people who start using it on a daily basis, is how hard it is to shake the habit.

Kratom withdrawal is a harrowing experience, both physically and mentally. It can be so dangerous that some people even experience seizures or respiratory distress.

This means that you should not stop cold turkey. Instead, lower your dose slowly over a long period of time. Or better yet, look to treatment for help.

Other withdrawal symptoms include:

Some users report that while the physical withdrawal symptoms lasted for about a week, it took almost a month for them to feel like themselves again.

For those who are already struggling with an addiction, adding kratom withdrawal to your list of challenges is only going to make life that much harder.

Do You Have a Kratom Addiction?

Maybe you are one of the many people who kept hearing about this new, safe, miraculous, plant-based solution that could help you get over your addiction to opiates.

You are not alone.

Or, maybe you started using kratom for fun because it’s what your friends were doing. Maybe it all started with one drink in a kratom bar.

Regardless of how you developed your kratom addiction, there is no shame in admitting you have a problem, in seeking help.

There are people out there who care and are specially trained to help you heal and get back to your true self.

You can start right now, by seeing what type of rehab options are available in your state. Or for more hands-on help contact us at (877) 322-2450.

FDA calls kratom an ‘opioid’ and warns against using the supplement