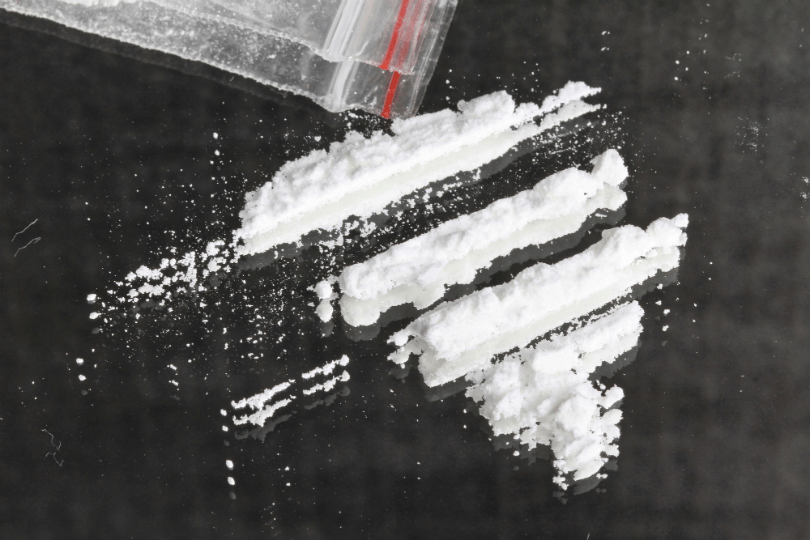 Cocaine is a highly addictive substance. In fact, it is one of the most commonly treated addictions in rehab facilities across the country and particularly in private facilities. According to the latest CBHSQ Report – National Survey on Drug Use and Health, the statistics on cocaine abuse continue to be quite grim.

“Recent findings suggest that cocaine use may be reemerging as a public health concern in the United States. For example, the National Survey on Drug Use and Health (NSDUH) indicates that in 2015, 968,000 people aged 12 or older initiated cocaine use in the past year (0.4 percent of the population), which was higher than in each of the years from 2008 to 2014.”

It is important, therefore, that people gain an understanding of how prevalent cocaine abuse is, and also how to recognize whether they or their loved one, may have a cocaine addiction or dependency requiring treatment.

The Statistics on Cocaine Abuse

Cocaine has always had a glamorized air around it, which has provided it with a huge appeal. The year 2016 saw a record amount of cocaine seizures by the U.S. Coast Guard and other border agencies.

Additionally, it is believed that cocaine prevalence is increasing. In 2016, around 2,834 tons of cocaine were shipped into this country, compared to 577 tons shipped in 2013. Worryingly, just 7% of this was seized.

Cocaine, clearly, is reasonably easy to obtain and this has created a significant public health concern. By 2015, 13% of all overdose deaths related to cocaine, up from 11% in 2010. Furthermore, over the past two decades, there has been a 20% decrease in the street price of the drug, which makes it a lot easier to obtain.

When Is It Time to Seek Help for Cocaine Addiction?

It is important to understand that cocaine is a highly addictive and dangerous substance.

“Cocaine is a highly addictive substance, and users can quickly develop a tolerance to the drug, needing more of the substance to achieve the desired effects. Also, when use of the drug is stopped, withdrawal symptoms occur. These symptoms will be more severe the more heavily someone has been using cocaine.”

Thankfully, rehab facilities are available to help those who need it. There is no such thing as an acceptable level of using cocaine because addiction, which is a disease, can rapidly develop. That said, with the right help, it is possible to return to good physical and mental health.

The Signs and Symptoms of Cocaine Abuse

Even for those people who use cocaine only once, they are putting themselves in danger. Those who continue to use will see a negative impact on every part of their life. Cocaine has no medical uses at all, despite having historically been used in medicine and elixirs. If you believe a loved one is abusing the substance, then you must learn to recognize the symptoms as soon as possible so that you can get them the help they need. It is never too late to find help and get involved, thankfully.

Usually, when people start using cocaine, they will only exhibit minor signs. However, these will start to escalate, spilling over into behavioral consequences as well. It is better, therefore, to get help before someone is in the grips of addiction. This is also because it becomes harder to reverse the damage the longer someone uses cocaine. Additionally, it is quite common for people to use both cocaine and alcohol, which is even more dangerous.

“Warning of extra heart dangers from mixing cocaine and alcohol. A third chemical – cocaethylene – builds up in the liver over a number of years among those who mix the two drugs. And this is now having major health consequences.”

Some of the key signs to look out for include:

Although the price has decreased, cocaine is not a cheap substance. For those who have developed an addiction to cocaine, they will need to find the funds for this and they may go to quite extreme lengths to do this. This means that they may try to borrow money, or they may also resort to stealing, taking out loans, selling their belongings, and even dealing drugs themselves. Usually, those who have a cocaine addiction will start using their retirement and savings funds in order to feed their habit.

The long-term effects of cocaine addiction are frightening and not just from a health perspective. Financially and socially, they include:

Cocaine also has a significant impact on mental and physical health, meaning that addicted people may need emergency room treatment at any moment.

Cocaine has a huge impact on the overall well-being of the individual, with symptoms to look out for including:

One of the things that seem to be experienced by every cocaine-dependent is the unpredictability of their mood swings. This is caused by the chemicals in the brain becoming unbalanced. They can become unrecognizable from who they once were, while at the same time they are pulling away from their support network. The longer this is allowed to continue, the more difficult it becomes to provide them with the help that they need.