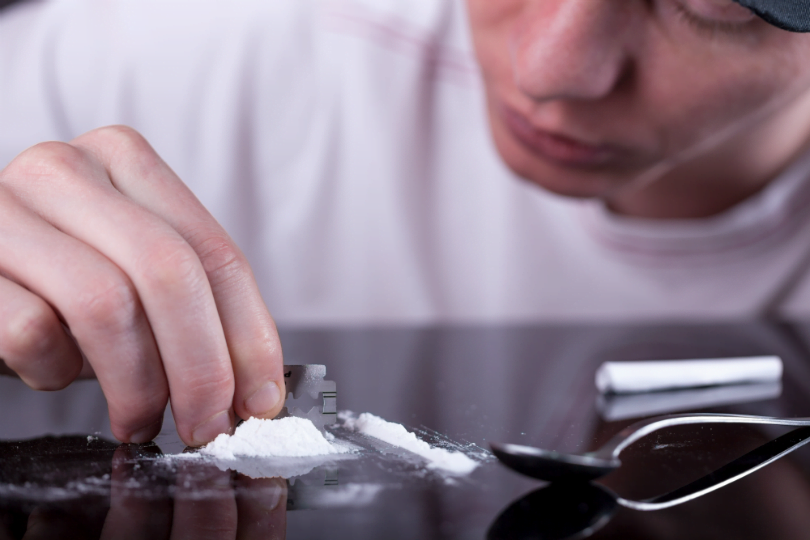 The problem with cocaine is that it is one of the glamorized drugs. We often hear stories of celebrities doing it at parties, giving the false impression that it is quite safe to take. In reality, it is one of the world’s most dangerous drugs. All over the world, millions of people use cocaine in a recreational manner, enjoying its euphoric and jolting effects. The drug causes a rapid, euphoric high, which is quickly followed by a crash. This triggers the brain into wanting more of the drug to stave off the depression and once again experience the high. Unfortunately, this is the destructive path towards addiction and one that many people have traveled. Those who have become addicted to cocaine require immediate help, in fact. Thankfully, it is never too late to seek help either.

Cocaine is a highly addictive substance.

“All types of cocaine are addictive, but by reaching the brain very quickly freebase or crack tend to have a much stronger effect and be more addictive than snorted powder cocaine.”

When the substance enters the brain, be that through injection, smoking, or snorting, it makes the brain release chemicals that allow people to experience pleasure. The result is that a cocaine high becomes associated with positive feelings and this causes the brain to want more and recreate that initial high. Additionally, most people have a variety of triggers that encourage them to use more drugs, such as being around certain people, being in certain environments, or even hearing a certain song. These triggers are different for each person, which is one of the many reasons why every addiction story is unique.

In terms of exactly how addictive the substance is, that will vary and depend on a range of factors. Crack cocaine, for instance, can be addictive after the first hit. When people start to misuse it, it has an impact on every element of their life, personal, social, educational, and professional, because they become consumed with the desire to obtain more drugs.

Many people who develop an addiction end up in financial ruin as well. Not just that, cocaine tolerance develops very rapidly, caused addicted people to use ever-increasing dosages.

“After even a single use, an appreciable initial tolerance to the euphoric high caused by cocaine may develop. In fact, many cocaine users report that they have never been able to achieve the same level of euphoria and pleasure that was achieved during their first cocaine exposure.”

One of the unique things about cocaine is that tolerance can remain for a very long period of time, even if they abstained. Regardless of how people became dependent on the substance, their emotional, social, professional, and financial stability will soon lie in ruins. For some people, it takes months to get to that point, while others only take days.

A cocaine addiction inevitably leads to destructive behavior. In addition, there are significant physical hazards associated with it. Some people go on a cocaine binge, particularly if they are stressed. This means they lose track of how much they have used, putting themselves in significant danger of getting an overdose. Indeed, a cocaine overdose is highly likely at this point.

“During an overdose, a cocaine user may experience the amplification of cocaine’s usual effects, such as increased heart rate and body temperature.”

Cocaine, more than anything else, is a psychologically addictive drug. However, that doesn’t mean that it isn’t also physically addictive. Physical addiction generally develops at a much slower rate than other drugs, such as heroin. However, once patients are able to develop a physical addiction, they will also have to deal with the withdrawal symptoms that emerge when they no longer use it.

“Most of the withdrawal symptoms associated with cocaine addiction are mental and emotional, but the body can strongly crave the drug to regulate resulting depression, fatigue, anhedonia, and other symptoms. This can lead to relapse.”

On the average, it takes around one year of regular usage for a physical addiction to cocaine to develop. By then, the psychological addiction is already firmly in place.

The way addicted people use cocaine is also important. The more quickly it is able to reach the brain, the more likely it will be that they will start to abuse it. Although cocaine is traditionally smoked, it can also be injected. However, the fastest way of getting the substance to the brain is by smoking it because when the drug gets into the lungs, it then gets into the lung blood, which provides it with the fastest way to reach the brain. Hence, those who smoke it are more likely to become addicted. In this also lies the danger of crack cocaine, which is almost always smoked. Nevertheless, this does not mean that using cocaine can be done in a safe manner.

With many illicit substances, drugs have been developed to help patients cope with the withdrawal symptoms and avoid relapse. Methadone for heroin addiction is a key example of this. Unfortunately, there is no such kind of drug for cocaine addiction at the present time, although research is being conducted to change this.

“Recent advances in the understanding of the processes involved in cocaine addiction have allowed researchers to identify several promising new candidate medications. Many of these have already shown promise in double-blind, placebo-controlled, clinical trials, and virtually all of them are undergoing confirmatory testing in one or more trials.”

Using pharmacological treatment in drug addiction has two main goals. The first is to help people withdraw from the substance, and the second is to help them abstain from the substance. Research is being conducted into a cocaine vaccine, which is designed to encourage the immune system to develop antibodies that fight cocaine in particular. Although results have been promising, more work still needs to be done for this.

At present, therapy is the most accepted form of treatment for cocaine addiction. It has been found that, as in the case with many stimulants, incentivizing recovery seems to be very beneficial. This means that patients are given rewards for abstinence, which is measured by drug tests. In the meantime, they must also be provided with talking and behavioral therapies so that they learn to identify their triggers and how to respond to them in a way other than taking drugs.