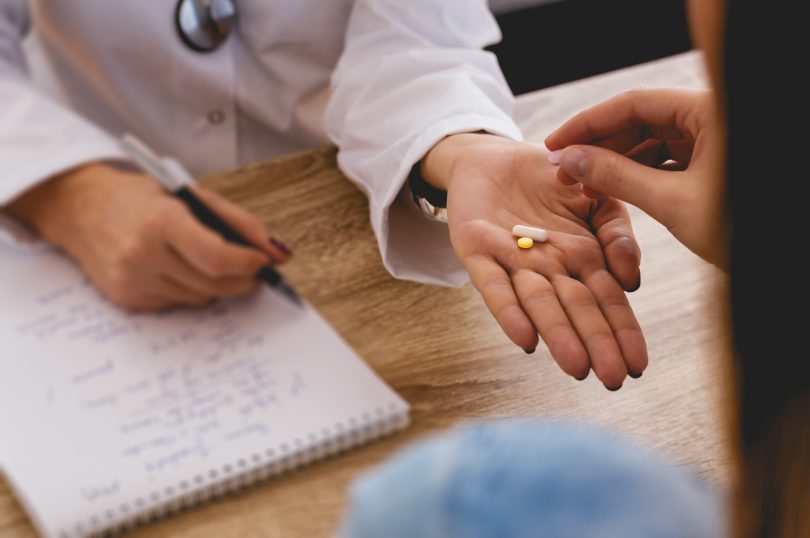 It was only last month when award-winning culinary genius Anthony Bourdain took his own life. His passing shocked the entire world, both parts unknown and known.

But his departure is only one of the many that depression caused. We have a long list of them included in what they call The 27 Club. After all, about 43.8 million people in the U.S. alone suffer from mental illness.

All these have made you think of taking medications to combat the symptoms you go through every day. But before doing so, ask this question first, “Are antidepressants addictive?”

In this post, we’ll explore this gray area of the depression medication world. We hope that by the end of the article, you’re much more equipped with the knowledge to help you make the right decision.

The Mind Itself and Not Only “In It”

Major depressive disorder (shortened to MDD by health professionals), is a medical illness that affects many regions of the brain. These areas of our gray matter that depression affects include the amygdala, hippocampus, and thalamus.

These three have crucial functions in controlling behaviors, emotions, and thoughts. As such, when depression hits these parts, their functioning change – in a negative manner.

In fact, studies have shown that MDD may even change the physical properties of these regions. Researchers found that depressed people have 9 to 13 percent smaller hippocampus.

All these tell us that depression isn’t only “in the mind.” It’s the mind itself, or at least certain regions of it, that the condition affects. It’s for this reason that you shouldn’t let others’ judgmental perception get in the way of your seeking treatment.

This is where things get a bit more complicated. As with any other brain on drugs, there’s also a risk for antidepressant abuse.

You know that Prozac, Celexa, or Lexapro you read or hear about in the news? Those are antidepressants. But what exactly do they do?

Antidepressants fall under the broad section of prescription medications. Doctors prescribe them to patients suffering from moderate to severe cases of MDD.

SSRIs work by altering the serotonin balance in the brain. Serotonin is a chemical that affects our moods, working primarily to boost positive feelings in us humans.

SNRIs work in a similar manner since it also interacts with the brain’s serotonin. However, it also balances norepinephrine, the neurotransmitter known as the “stress hormone.”

How Are Antidepressants Addictive?

6.7% of all adults in the U.S. have had at least one major depressive disorder episode.

This alone tells us how antidepressants have become some of the most prescribed drugs in the nation. Many healthcare professionals also consider them safer than benzodiazepines. That’s because SSRIs and SNRIs, compared to benzodiazepines like Xanax, have lower risks of abuse.

But all these potential benefits haven’t stopped some users from developing antidepressant abuse habits.

To clear things up, these medications don’t have the same addictive effects as other substances like heroin. So, are SSRIs addictive? Yes, but not in the same way other drugs make users “crave” for them.

One cause researchers look into is the long list of withdrawal symptoms antidepressants bring. Dizziness, confusion, and fatigue from not taking these drugs top the list of such signs. No one wants to experience any of these, much less those already suffering from depression.

Now, these don’t justify abusing antidepressants. But it raises the possibility of those who use them to develop a dependence on them. What’s more, those who do have a higher likelihood of abusing other substances, whether prescription or illicit.

The Most at Risk

Dependence on antidepressants can occur in individuals who didn’t need them in the first place. In women alone, misdiagnoses occur as much as 50% of the time.

There’s also the odds of symptoms developing in those who go off their medications. Apart from the three mentioned above, other unwanted signs include changes in sleeping pattern, loss of balance, excessive sweating, tremors, involuntary movement, and even more mood swings.

All these put people at greater risk of establishing dependence on SSRIs and SNRIs. Even up to now, medical professionals still debate whether they’re addictive or not. Although many say they don’t cause addiction, the withdrawal symptoms apparent in many patients counter their claims.

The Dangers of Quitting Cold Turkey

Despite the risks of taking antidepressants, they no doubt help many patients remain functional and live better lives. However, the line between using them as prescribed and using them due to dependence is quite thin.

This doesn’t mean you should stop taking your prescription antidepressants right then and there. Even if you feel you’re already developing dependence symptoms.

Going “cold turkey” can worsen your depression symptoms, not to mention add to the list of symptoms you already suffer from. Don’t stop taking these medications unless you’ve talked to your doctor.

Your Way to Recovering from Antidepressant Addiction

After all, chemical dependency and addiction are as real as depression and hypertension. They’re as big a health and safety concern, with one in seven individuals having the risk for it.

But you’re not without help. Once your psychiatrist clears you for going off your medications, your next step is to look for people you can trust to help you recover. That’s where we can help.