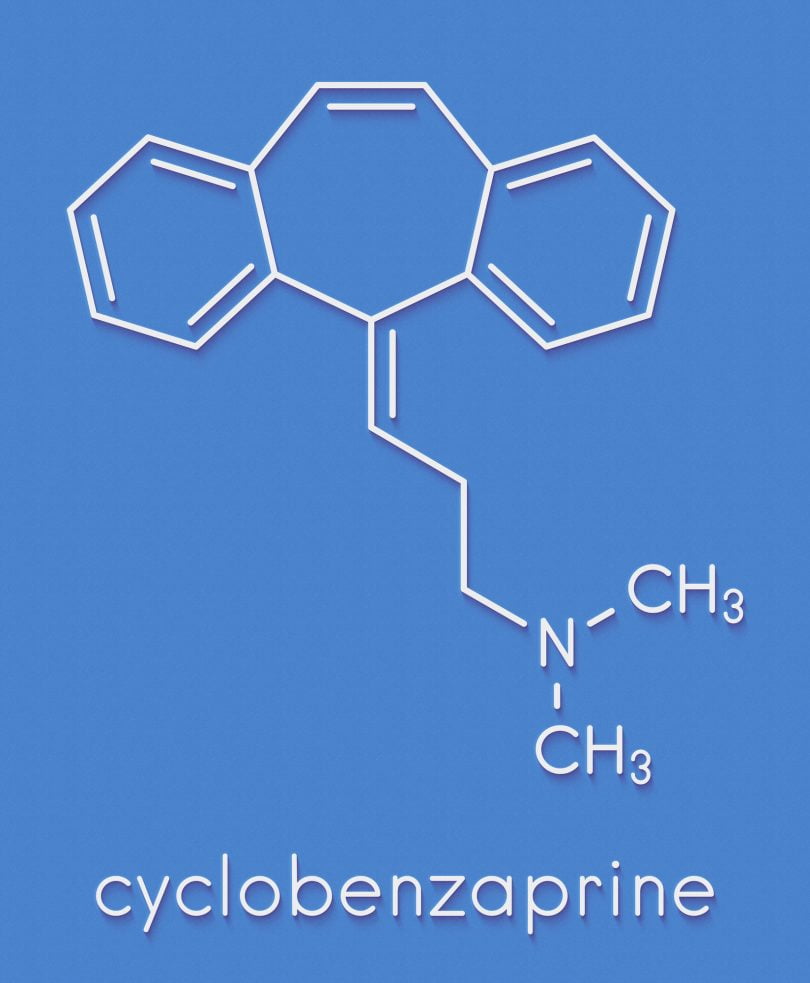 Cyclobenzaprine is better known by the prescription brand names Amrix or Flexeril. It’s made for people who have a desire for short-term relief for back pain and mobility issues triggered by muscle spasms.

With 25 million prescriptions written in 2011 alone, the drug can be and is presently abused.

Prescription drug abuse is a rampant problem in the United States. Today’s crisis is considered to be the worst in American history. The year 2016 alone saw the death of 59,000 people as a result of drug overdoses with prescription opioids playing a central role.

Cyclobenzaprine isn’t an opioid, but its use as a painkiller may result in its abuse. Keep reading to learn everything you need to know about the effects of cyclobenzaprine abuse.

What Is It?: Classification of Cyclobenzaprine

Because cyclobenzaprine medications are best known for targeting the central nervous system to control pain relief, there is some confusion as to whether and if the prescription falls within the morphine family.

Is Flexeril a narcotic?

The DEA reports several indicators suggesting the abuse or misuse of the drug among the wider public. The American Association of Poison Control Centers mentioned 10,529 cases and 4,607 exposures to the drug in 2010. The numbers also featured 12,411 visits to the emergency room connected with cyclobenzaprine misuse and 72 major medical outcomes.

Misuse may stem from the subjective high known as a Flexaril high or sedating effects. Not everyone experiences these effects; some see only pain relief or find the prescription doesn’t even go that far.

In many cases, cyclobenzaprine isn’t abused on its own. Instead, it’s more likely to be abused in combination with other central nervous system depressants including alcohol, barbiturates, and benzodiazepines.

Additionally, cyclobenzaprine is reportedly taken by some individuals to enhance the effects of illicit drugs. The combination of the prescription with other substances may increase or generate psychoactive effects sought by the user.

Side Effects of Cyclobenzaprine Abuse?

Cyclobenzaprine is a central nervous system muscle relaxant prescribed to care for muscle spasms, pain, or injuries. The prescription is not suitable for long-term use.

When patients take the prescription according to their pharmacist or doctor’s instructions, few side effects appear. Abuse, particularly in combination with other CNS depressants like alcohol or benzodiazepines may be associated with side effects like:

These side effects are uncomfortable, but none are necessarily life-threatening unless the person overdosed.

Those experiencing a Flexeril overdose are likely to experience rapid heartbeat and excessive drowsiness.

In some cases, the following symptoms accompany an overdose:

Death caused by a Flexeril overdose is rare. When it does occur, it is often caused by the severely low blood pressure or heart rhythm disturbances or cardiac arrest brought on by the overdose.

Flexeril may be problematic for some people even when it’s not abused or misused. Dependence is possible for some people; though, it remains relatively uncommon in the general population.

Withdrawal side effects may include:

These withdrawal symptoms are uncomfortable but are not known to cause serious harm unless the desire for more results in an overdose.

Prescription drug abuse doesn’t require an overdose. Using a medication outside its intended use constitutes as abuse. Cyclobenzaprine abuse may mean taking the prescription with alcohol for a greater relaxing effect or even taking more pills than prescribed.

Although cyclobenzaprine isn’t well known for its addictive properties, some patients do find themselves dependent on it. In fact, a growing body of literature suggests that the abuse of benzodiazepines, which are often abused in conjunction with Flexeril, is an epidemic facing Americans that is overshadowed by the scale and name recognition of opioids.

Abuse may then become an ongoing problem resulting in compulsive tendencies regardless of the ill effects of abuse.

Prescription drug abuse may impact anyone regardless of their age, gender, or socioeconomic status. Several risk factors influence the likelihood of misuse:

The physical signs of misuse are listed above in the side effects. If a person who is taking a cyclobenzaprine prescription often complains of nausea or a headache, they may be taking the medicine incorrectly or even abusing it.

If you recognize these signs in someone you love, then it may be time to consider getting them help.

If you or someone you love is abusing cyclobenzaprine or another prescription drug, there is help.

Nearly 80% of people in one survey didn’t realize abuse of prescription drugs is treatable. But professional help is not only available but one of the most effective ways of relieving prescription drug dependence.

Rehab centers are a safe space to collect yourself and start a new life. And they’re more affordable than you think. Click here to search for private treatment, state-funded, Medicare, or Medicaid rehab centers across the country. For additional help you can also call (877) 322-2450.

Katz, J. (2017, February 22). Drug Deaths in America Are Rising Faster Than Ever. Retrieved from https://www.nytimes.com/interactive/2017/06/05/upshot/opioid-epidemic-drug-overdose-deaths-are-rising-faster-than-ever.html?_r=0