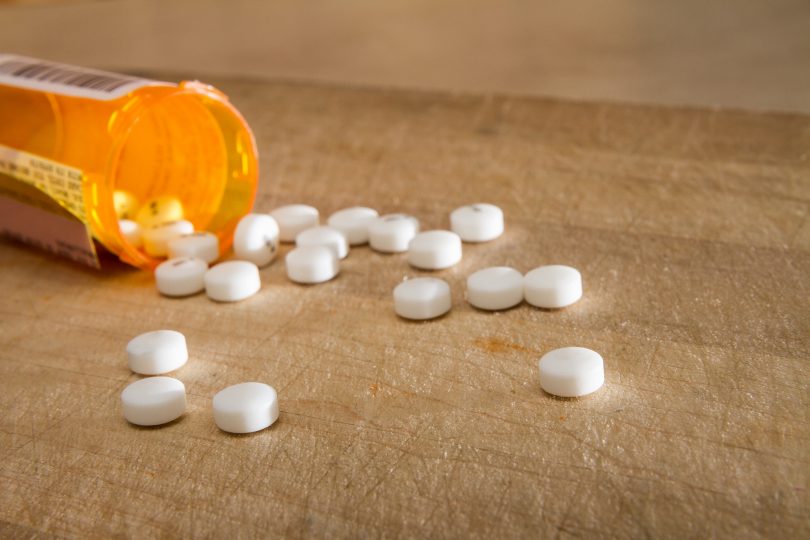 For a long time, it was commonplace for doctors to prescribe tramadol to treat relatively minor aches and pains. The prescription was viewed as a less addictive painkiller, which made people less concerned about abuse.

In case you missed it, tramadol is now considered a scheduled drug by the DEA. This went into effect in August of 2014.

It’s been a few years since the change, but many still wonder if there is such a thing as tramadol dependence.

Keep reading to find out the DEA’s reasoning behind labeling tramadol a Schedule IV drug and to find out exactly how addictive it is!

Is Tramadol an Opiate?

In a word, yes, tramadol is an opiate. It is similar to many well-known drugs like codeine, hydrocodone, morphine, oxycodone, and others.

However, tramadol does affect the brain slightly differently. This particular drug increases two feel-good neurotransmitters in the brain: serotonin and norepinephrine.

Because it increases these two neurotransmitters, the positive effects of the drug are felt relatively strongly. On the other hand, it can cause abnormal withdrawal symptoms when the drug is stopped.

Another thing to note is the fact that treating people for a tramadol overdose is quite difficult. When an opiate overdose happens, a drug called naloxone is administered to reverse the effects. Unfortunately, with tramadol, naloxone has been reported to cause seizures and be less effective.

Up until August 2014, it was thought that tramadol had a lower risk of addiction and abuse. It was seen as a “safe” painkiller. Clearly, this was incorrect and the DEA has since listed it as a scheduled drug.

Scientists and doctors always assumed lower dependency risk because of the drug’s clinical trials. In controlled environments, tramadol was given as an injection. In the real world, it is taken as a much more potent pill.

This “safety” and “low potential for abuse” is exactly what caused the DEA not to schedule it in the first place. The lack of classification offered doctors a false sense of security and led to them overprescribing the drug.

In fact, there were over 44 million prescriptions written for tramadol in 2013.

Again, tramadol is responsible for releasing feel-good neurotransmitters which can increase the feelings of euphoria and therefore the likelihood of dependence.

Dependency takes two main forms: physical and psychological. On the physical side of things, a person dependent on tramadol won’t notice much unless they stop taking it.

When a dependent stops taking tramadol suddenly, typically withdrawal will set in. Physical withdrawal symptoms include:

These are just a few, but it’s generally noted that flu-like symptoms are a commonality.

Psychological dependency can be just as tough to break. Because tramadol affects the brain and increases the amount of serotonin and norepinephrine, the mental withdrawals are difficult to cope with.

Typically a physical withdrawal will happen first and then a psychological one. Many medical professionals call this long-lasting withdrawal Post-Acute Withdrawal Symptom (or PAWS.)

Someone who is psychologically dependent on tramadol or experiencing PAWS will experience a number of symptoms ranging from depression and anxiety to hallucinations. Confusion, agitation, and paranoia are possibilities as well.

It may seem as though dependency and addiction are one and the same. While they do have similar features, each one has specific characteristics.

Tramadol dependence is usually marked by a physical need for the medication. When the need is not met for one reason or another, the patient faces physical withdrawals.

The brain stays the same at this point and after removal of the drug from the system, things go back to normal. It is possible to be dependent but not addicted to any substance.

Addiction to tramadol is when the drug chemically changes the brain. It is plain to see in behavioral changes, taking more than prescribed for the effects, and drug-seeking behavior. This behavior can include “doctor shopping,” or purchasing medicine illegally without fear of consequence.

It’s important to realize that even though dependency does not always lead to addiction, it does for many people.

The fact that tramadol affects the brain’s neurotransmitters was mentioned earlier. Because of this, it has been studied as a treatment for depression and anxiety.

Though seemingly successful, it is unlikely that tramadol will become the next Prozac. This is mainly because of the dependency issue and that missing a dose could be catastrophic for someone in the throes of depression.

Similarly, tramadol has been proven effective for the treatment of anxiety but the same hesitancies have occurred.

Regardless of the short-term effectiveness of the drug, the chances of dependency are high. The stress of possible addiction is just not worth it to many patients.

Recognizing Dependency Before It’s Too Late

If you believe you have become dependent on tramadol, now is the time to act. Unfortunately, this type of drug addiction is a very real possibility.

There are a few signs that you could be at risk for a dependency issue turning into an addiction. The biggest sign being a family history of addiction– that’s right, it’s genetic.

Consider an opiate detox facility if you’ve been prescribed for a long period of time. This type of treatment will help ease the withdrawal symptoms and treatment is available if so desired.

In the event that this seems too extreme for you, ask your doctor to taper you down from the medicine.

Tramadol is effective in treating pain and mental health issues. Unfortunately, the major benefit is countered by the huge downfall of tramadol dependence or addiction.

Any treatment plan that you have with a doctor is personal, but you may think twice before agreeing to tramadol as your first choice. If this drug is the only one that seems to work, find an accountability system–either friends, siblings, or parents.

Tramadol has a sneaky way of getting the best of people. In the event it does, don’t hesitate to check out our site for facilities best suited for you or contact us at (877) 322-2450.